10 Dances Around the World 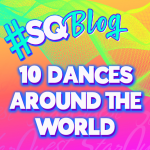 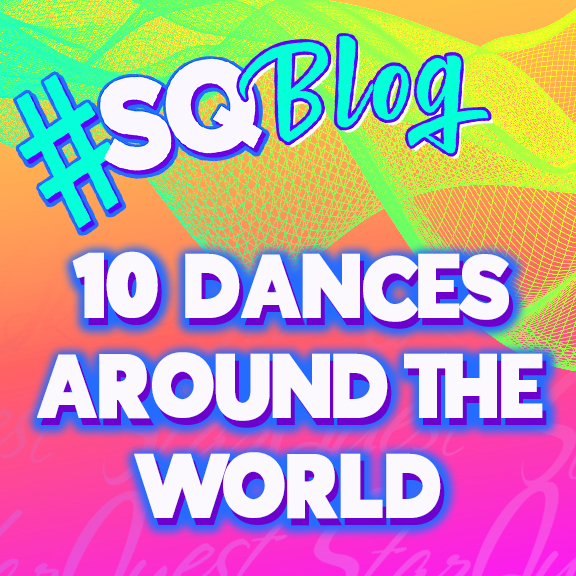 It’s no secret that people everywhere, of all different walks of life and cultures, love to dance. Whether it be to express emotion, to celebrate, or for ritual purposes, the art of dance is not limited to one place: it is everywhere. Let’s explore dance around the world.

The Samba of Brazil 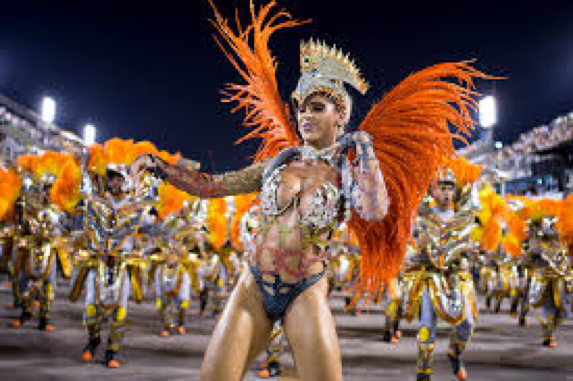 Samba dancer performing during the 2014 Rio Carnival. SOURCE: Lost in The Internet.

Hop on a plane and travel down to South America to discover the Brazilian Samba. To Brazilians, this native dance is much more than a dance. It is a representation of themselves, and the country’s rich Latin American culture. Brought to Brazil during the times of Portuguese colonization, this dance is widely associated with the world renowned Brazilian Rio Carnival. There are over seven variations of the samba ; all are accompanied by samba music, a type of flavorful, upbeat music typically involving guitars, tambourines, and drums.

The Flamenco of Spain

Out of the country of Spain emerges the Flamenco. This dance, or jaleo, is performed to the beat of the Spanish guitar. It is then accompanied by singing, finger snapping and hand clapping. Though this Andalusian style of dance originated amongst the Romani people of Spain, today it is performed worldwide, and is most popular in the US and in Japan. 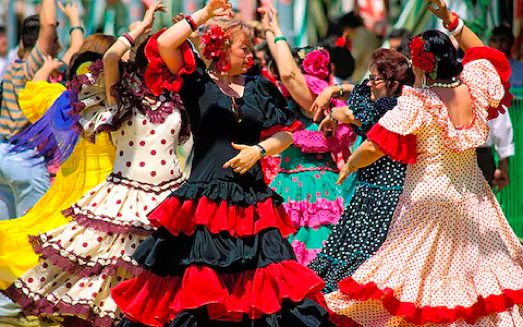 The Dragon Dance of China

Head on over to Asia to experience the traditional Dragon Dance of China. This cultural dance is performed during celebratory festivals including weddings and the Chinese New Year. Originating amongst Chinese farming communities during the Han Dynasty of 180-230AD, the Dragon Dance is performed to ward off evil spirits and bad luck, and is thought to bring good fortune. 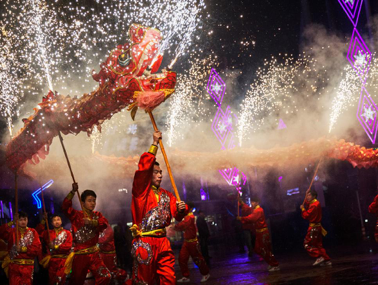 During this dance, a team of dancers, typically 9, carry a number of poles, which together holds up a representation of the Chinese dragon, which is typically made with a combination of fabric and bamboo. Though the length of the dancing dragon varies, some of these can reach up to over 330 feet. Once in the air, the supporting dancers move the head of the dragon in a series of sweeping, smooth, curvy wavelike movements, similar to the movements of this river spirit. Often times, it’s not just the head of the dragon that is moved: many of these dragons have moveable mouths, and some even breathe smoke! The Dragon Dance is typically accompanied by the rhythmic banging of traditional Chinese drums, cymbals and gongs. Today, this dance is featured in many Chinese New Year Chinatown celebrations around the world.

The Viennese Waltz of Austria 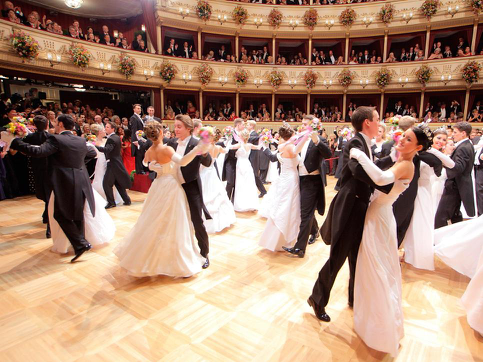 Step into a European world of enchantment as you twirl your way into Austria for the Viennese Waltz. Today, this dance is popular around the world, but when the waltz first began to spread across Europe in the 1700s, it was considered highly controversial because this dance allowed partners to be closer than an arms’ length distance from each other and allowed them to touch as they whirled around the dance floor. This classic ballroom dance, which starts slow, then speeds up in three-quarter time, led to the creation of the first public dance hall. Following the Civil War, the Viennese waltz spread to the US, resulting in Americanized variations of the dance, including the Boston Waltz, otherwise known as the Boston Dip. 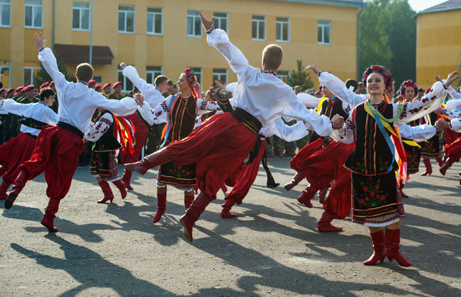 Further north, Russians and Ukrainians are dancing the Hopak, or the gopak in Russia . Named after the Ukranian term hopaty, meaning “to jump”, Russians and Ukranians have been performing this dance since the 16th century. In western areas of Ukraine, this dance is called the hopak-kolo. Here, the dance is performed in a closed circle, with no specific patterns of steps; it is all based on improvisation.

The hopak was originally a dance performed by military men as a dance of victory, representing battles through leaping dance movements. Today, it is also danced inpartners and in groups. The modern day hopak is often accompanied by woman adorned in traditional clothing, dancing alongside squatting, split-leaping men. 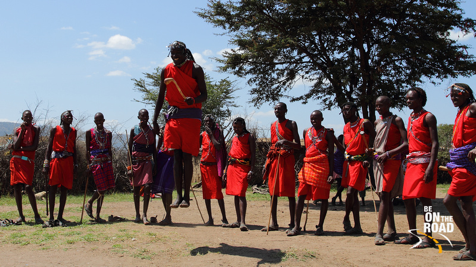 SOURCE: Be On the Road

Next on the list, the traditional African Adumu dance. Performed by the Maasai tribes of East Africa, the Adumu, also known as the Aigus, is a competitive jumping dance performed as a part of Eonoto, a Maasai coming of age ceremony for warriors; a right of passage that initiates a boy into a man.

To begin the dance, warriors start by forming a circle. Then, little by little, one or two of the boys will enter the circle. Once in the circle, the boys jump as high as they can, never once allowing their heels to touch the ground. Throughout the Adumu, the voices of the boys in the circle can be heard above the music and clapping of community members, raising their pitch based on the height of their jumps.

The Zaouli mask dance of the Ivory Coast 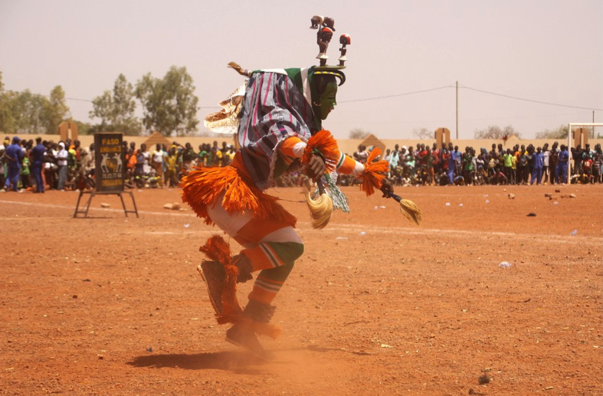 Emerging out of African traditions, the Zaouli mask dance is only allowed to be viewed by those permitted to watch; no women are allowed to be present during the dance. Once the Zaouli dancer puts on their mask, the performer begins to change, a representation of the spirit taking over the dancer’s body. This dance is reflective of the culture of the Ivory Coast, where people often turned to these masks when there was fear of danger. While some masks protected against evil, other masks are used to celebrate. Each mask is hand carved, and can take up to six days to complete. Throughout this mask dance, two performers move quick and intensely, provoked to move faster by the other dancer.

The Haka of New Zealand 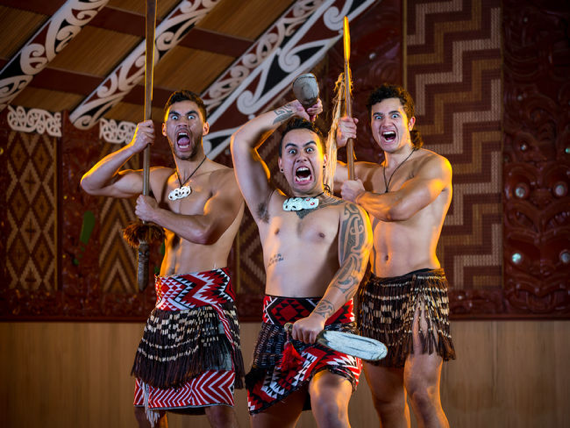 On the other side of the world, indigenous New Zealanders are dancing the ancient war dance of the ancient Māori people. Traditionally danced both on the battlefield, and when tribes came together peacefully, the Haka dance exists as a way for the Māori to display their tribe’s “pride, strength and unity” . During this dance, men fiercely stick their tongues out, stomp their feet, and slap their body to the rhythm of loud chanting in their native tongue. Typically, these chants tell the story of the tribe’s ancestors and history. The haka dance is still performed today during Māori ceremonies and special occasions, including family events, birthdays and weddings. In addition, though no longer used out on the battlefield, the New Zealand national rugby team, the All Blacks, still use haka as a form of intimidation out on the field, and are famously known for performing it before their rugby matches.

Sail on over to the French Polynesian island of Tahiti to experience the Tahitian’s traditional Ote’a dance. Characterized by rapid hip shaking, dancers performing this cultural performance are accompanied by lively percussion, while they use hip and hand movement to bring to life stories of their daily lives. Dancers performing this dance wear traditional floral, plant fiber skirts, and ornate headpieces. 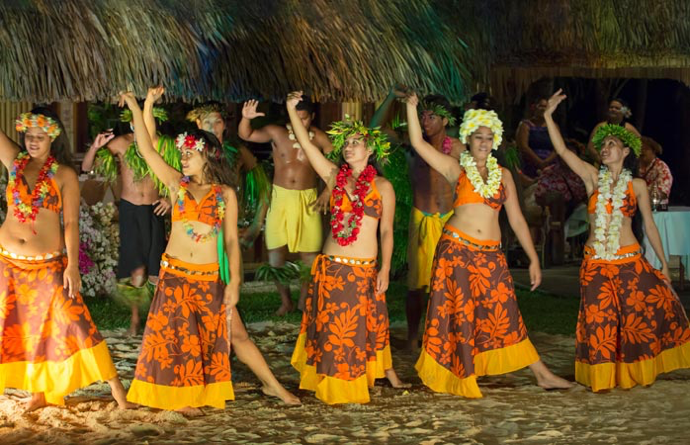 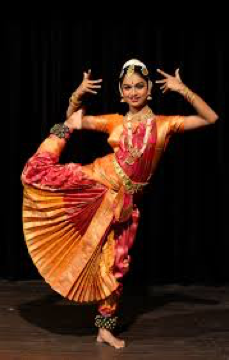 Make your way over to the continent of Asia to discover the Southern Indian dance of Bharata natyam. Translating to “Bharata’s dancing” in Sanskrit, Bharata Natyam is one of the main classical Indian dances. Indigenous to the Tamil Nadu region of India, this ancient dance is performed to express religious themes of Hinduism. Though this dance was originally reserved only for female temple dancers, in 1930 the Bharata Natyam began to be performed to the public.

This dance is composed of a series of rhythmic feet movement, during which the dancer remains in a low squat, while the arms, neck and shoulders of the dancer move to the beat. Throughout the performance, the dancer utilizes their hands in order to tell a story, while their facial expressions set the mood. In the pure form of this dance, hand movements are restricted to the 11 “mudras”, a series of symbolic religious hand gestures.

During a performance of this dance, a single dancer performs on stage for around two uninterrupted hours, never once leaving the stage to change costumes or take a break. Behind the dancer, the dancer’s guru, or teacher, conducts an orchestra of drums, a drone, and a singe.

Costume magic always makes the #SQ stage look even brighter! 👯 Check out some of the amazing Costume Award Winners from last week at #SQVirginiaBeach X #SQWorldFinals2021 ! To see the entire list of winners visit www.starquestdance.com/2021-results-2-2/ ! ...

2021 swag is waiting for you at shopstarquestdance.com ! Visit our online store now and get your favorite SQ Merch now! ...

We are thrilled to announce our brand new 2022 World Finals Experience: ✨French Lick, IN | July 6 - 10 ✨ Come dance with us and discover the magic of the Midwest! Reach out to your Studio Concierge directly or contact us by calling 919.363.2900 or emailing concierge@starquestdance.com now! ...

2021 swag is waiting for you at shopstarquestdance

Today's #SQSelectSeniorDuetTrios is here to give y

“Excellence is to do a common thing in an uncomm

Are you all ready? Because "It’s Going Down" wit