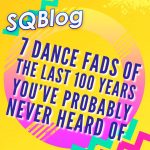 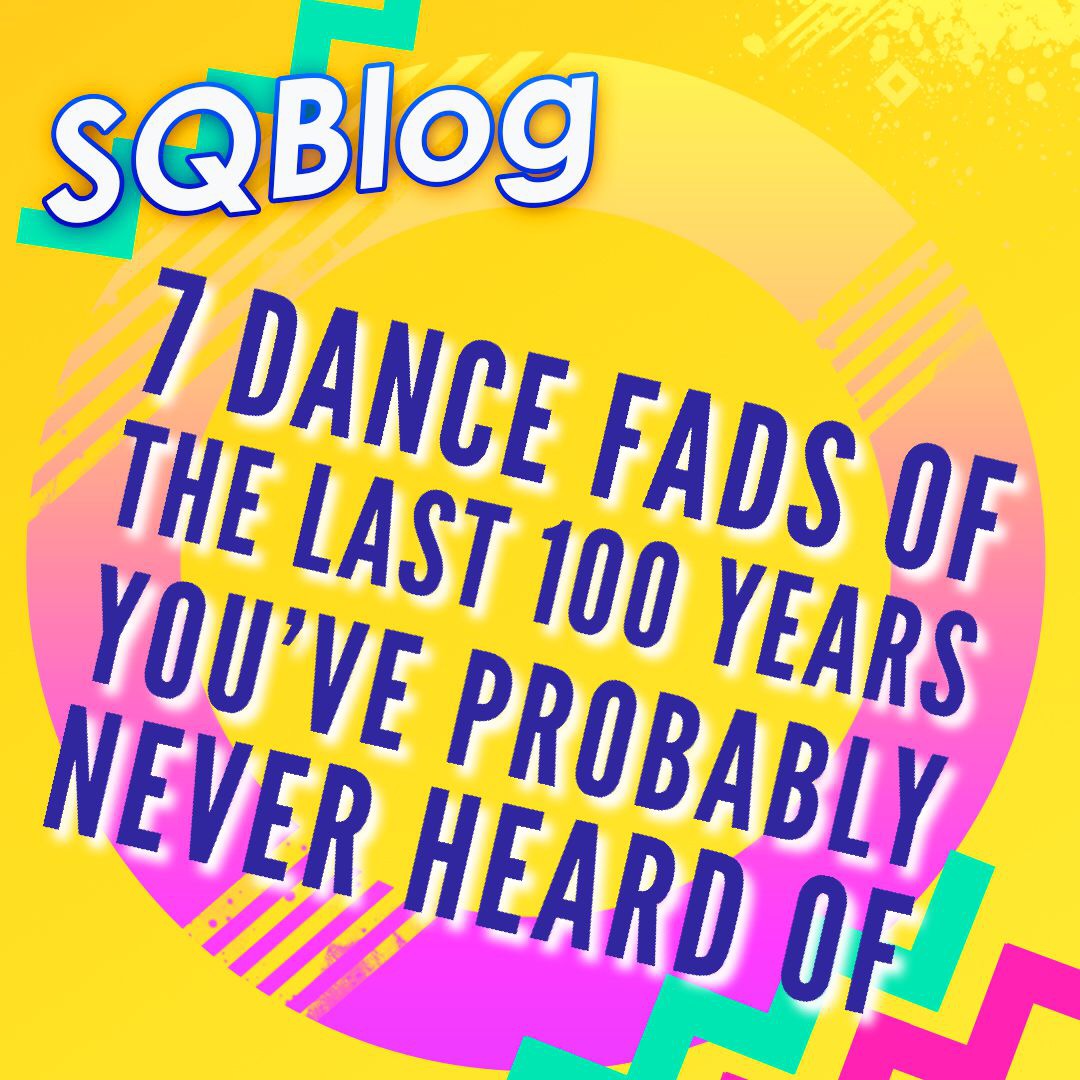 You may have heard of the Twist or the Moonwalk, but there’s many more dance fads that have rocked the past. Hop in our dancing Delorean, take a trip back to the past with us, and check out some of the dance crazes of the past 100 years that you’ve probably never heard of. And who knows? Maybe we’ll bring some of them back with us!

Just after the turn of the 20th century, the Grizzly Bear dance rose to fame around 1909. This dance craze began in San Francisco, but was commonly danced on Staten Island ferry boats throughout the 1900s.

This dance, considered modern at the time, was deemed unfit for society. In 1912, New York City placed this dance under a “social ban,” among other “huggly-wiggly” dances of that time.

The Dance of The Grizzly Bear is simple despite being described as “rough and clumsy”. The dance would happen in pairs. It starts by the dancers yelling, “It’s a Bear!,” as those involved imitate the movements of a dancing bear, as they sway side to side. The footwork of this dance involves heavily stepping to the side, as one’s upper arm bends from one side to the other, in a purposely ungraceful manner.

In the 1940s, The Lindy Hop, a lively ballroom dance, captured the attention of the general public. It was a partner dance that originated in the 1920s-30s in Harlem, NYC. This dance consists of an 8 and 6 count step pattern, which borrows footwork from popular dances like the Charleston and tap.

Considered a cultural phenomenon at the time, people thought The Lindy Hop would break the race barrier during a time when segregation was still largely a part of society.

The phrase “Hully Gully” originated from an old folk game. This dance was an “unstructured” line dance created around 1959. It became popular in the sixties even though it was actually recorded as a common dance forty years earlier in the days of juke joints.

Frank Rocco popularized this dance on the beaches of Miami in 1959. This modern, fairly simple dance style involves a series of steps called out by the MC. What makes it difficult? Keeping up with the increasingly rapid speed of each step!

Many of you may have heard of the 1960’s dance “The Twist.” But have you heard of the Pony Time made popular by the iconic Chubby Checkers? This dance involves putting your feet together and bouncing around like a pony.

In 1979, the music of roots and funk music was at its most popular. The R&B group, The Gap Band, released a single called “I Don’t Believe You Want to Get Up and Dance (Oops!)” more popularly known as the “Oops Up Side Your Head” anthem song. It ultimately sparked a dance which involves sitting on the floor with a group, one person in front of the other, in a line rowing and rocking back and forth.

The 1980s was the age of big and bold hairstyles, and even bolder dance moves. The Bangles song, “Walk Like an Egyptian,” fueled the dance craze, “Walking like an Egyptian.” This dance involves moving your hands back and forth, to mimic the hieroglyphs etched within the Great Pyramids.

In 1990, with the increasingly popular new show, “The Simpsons,” came Bart Simpson’s famous “Do the Bartman” dance.

The dance follows the lyrics, featuring the voice of Michael Jackson:

So move your body if you’ve got the notion,

Front to back in a rock-like motion.

Now that you’ve got it, if you think you can,

Do it to the music — that’s the Bartman.

As we entered the new millennium, a dance fad called “The Algorithm March” was made popular by the Japan children’s television series, “PythagoraSwitch.”

To perform this dance, form a line, and follow the following steps:

1. Bend your knees, reaching out straight with hands.

5. Bend knees, do the breast stroke.

6. Bend down, pretend to pick up a chestnut from the floor.

7. Shake arms downwards (like you are pumping a bicycle tire).

8. Flap arms as if they were being inflated by a pump.

All of these dance fads helped people express themselves in many ways through the ages. Now, go out, practice these moves, and even come up with some new ones!