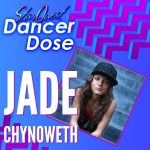 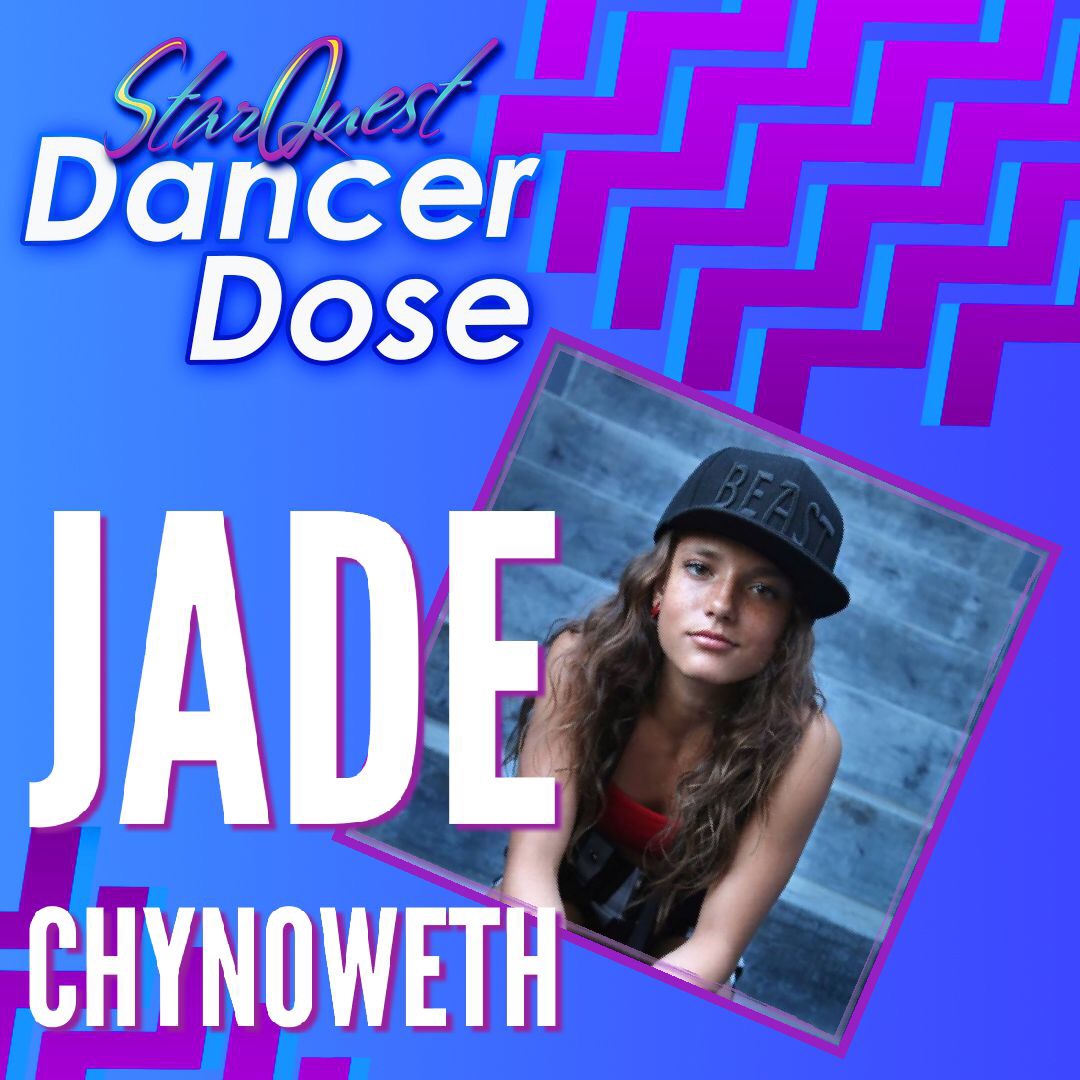 Known for her transformative styles of dance, our #DancerDose has earned her “Olympian” status for being able to transition from hard and athletic choreography to a heartfelt lyrical style in a matter of minutes. With 400K Instagram followers, a large fan-base on YouTube as well as a variety of television, commercial, and film appearances, 20 year-old Jade Chynoweth’s drive and determination has led her to become one of today’s most recognizable dancers. 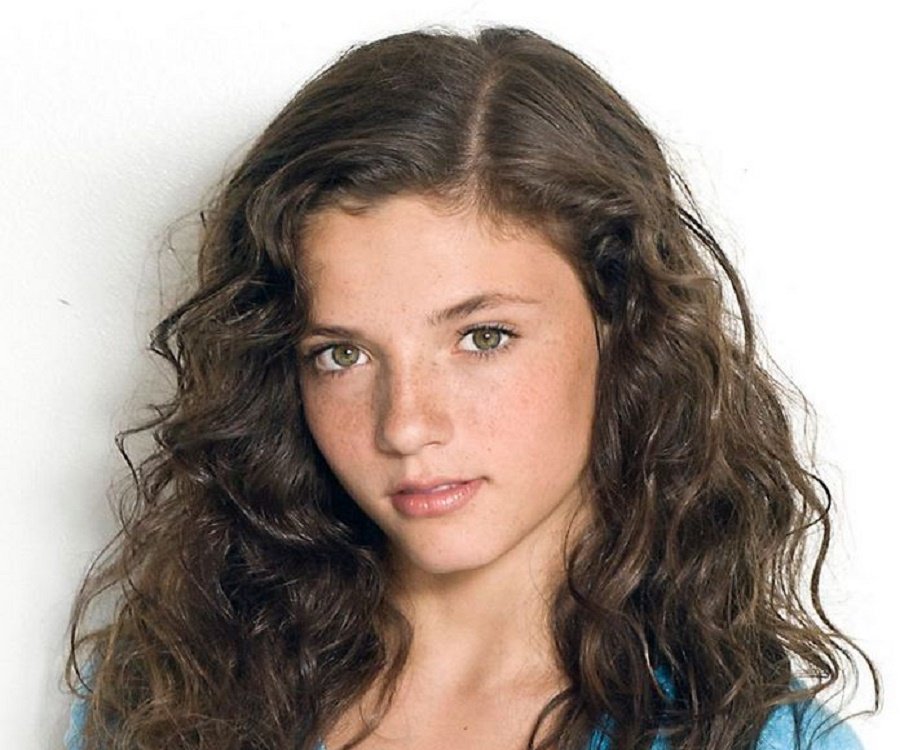 Born and raised in Park City, Utah, Chynoweth grew up with dance in her blood. Her mother was a jazz teacher who encouraged her at age 2 to begin training. For most of her younger years, Chynoweth would train in her aunt’s basement or at Dance Tech Studios. From that studio, Chynoweth participated in a variety of performances including ballet, jazz, hip-hop and pointe. At age 9, she was mentored by “So You Think You Can Dance” alum, Gev Manoukian. He encouraged her to strive for stardom. Her mentor believed she held the keys to success, and with enough patience and practice would eventually lead a legacy for young dancers like herself. Dedicating herself to dance entirely, Chynoweth would go straight from school to the studio and stay until closing every day. Her spare time was also spent dancing, as she participated in competitions every weekend.

Feeling The Pulse With The PULSE 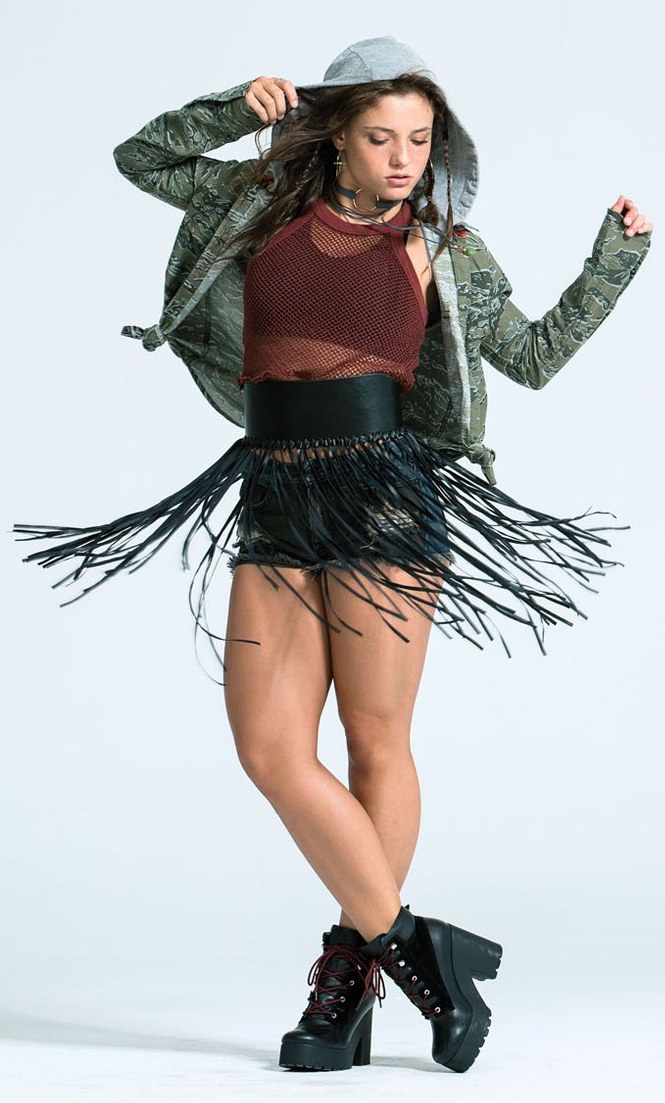 It didn’t take long before Chynoweth started traveling to LA regularly to audition for professional performance opportunities. In 2011, she secured a spot as an Elite Protégé on The PULSE Tour, working alongside top choreographers like Dave Scott, Mia Michael’s & Friedman. Chynoweth credits her experience with the PULSE with pushing her to become a better dancer every day. Her time with PULSE left her with lifelong friends and a new-found passion to pursue dance full-time. After the tour, Chynoweth and other PULSE members attempted to make it onto MTV’s “America’s Best Dance Crew”. Despite not securing a spot on the show, Chynoweth got an insider’s perspective into the professionalism of performance, thereby pushing her into the direction of a career on the stage and in front of the camera. 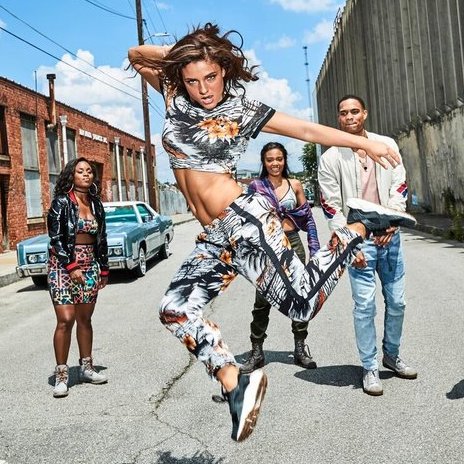 In 2014, at the age of 16, Chynoweth made her on-screen debut as young Artemisia in the 2014 film 300: Rise of an Empire. Chynoweth channels her acting through her dancing. She feels both serve as vehicles for storytelling. Her ability to transform into any role on the floor has led her to international success on the Internet. She has been the face of countless viral videos on YouTube, performing choreography by dance legends like WilldaBeast, Tricia Miranda & Janelle Ginestra. Her viral success paved the way for her next move. She landed a role in a drama web series, Step Up: High Water. In this show, she performed alongside professionals like Ne-Yo, Naya Rivera, and Channing Tatum.

The YouTube Red series received positive reviews. Chynoweth won her official professional status and skyrocketed into the spotlight. Chynoweth has described her professional performance as personifying a conversation by “balancing between hard-hitting, energized movement & slow sensual movement,” constantly leaving audiences craving more. She has performed at the MTV Video Music Awards, starred in commercials for companies like Nike & Toyota. Above all, she holds the label of a social media sensation. When it comes to performance, Chynoweth isn’t just an all-star athlete, she is an overall champion.

It’s day 2 here in #sqlancaster1 and our Juniors are lighting up the stage!💫 ...

We are so excited to be here! In #SQLongIsland we are ready to see awesome performances! ...

Join us on livestream to see our dancers in action! Go to www.livestream.com/starquestdance to check it out. Please note, Livestream is not available in all cities. ...

This dancer has a chance of a lifetime! ...

A teen ballerina from Murrieta will realize her dream of dancing on the world stage when she competes at the prestigious Prix de Lausanne competition in Switzerland.
View on Facebook
·Share

#SQNashville had a day of dancing with the stars! We can’t wait to see what’s in store for us tomorrow! ...