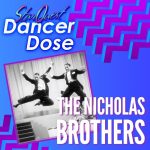 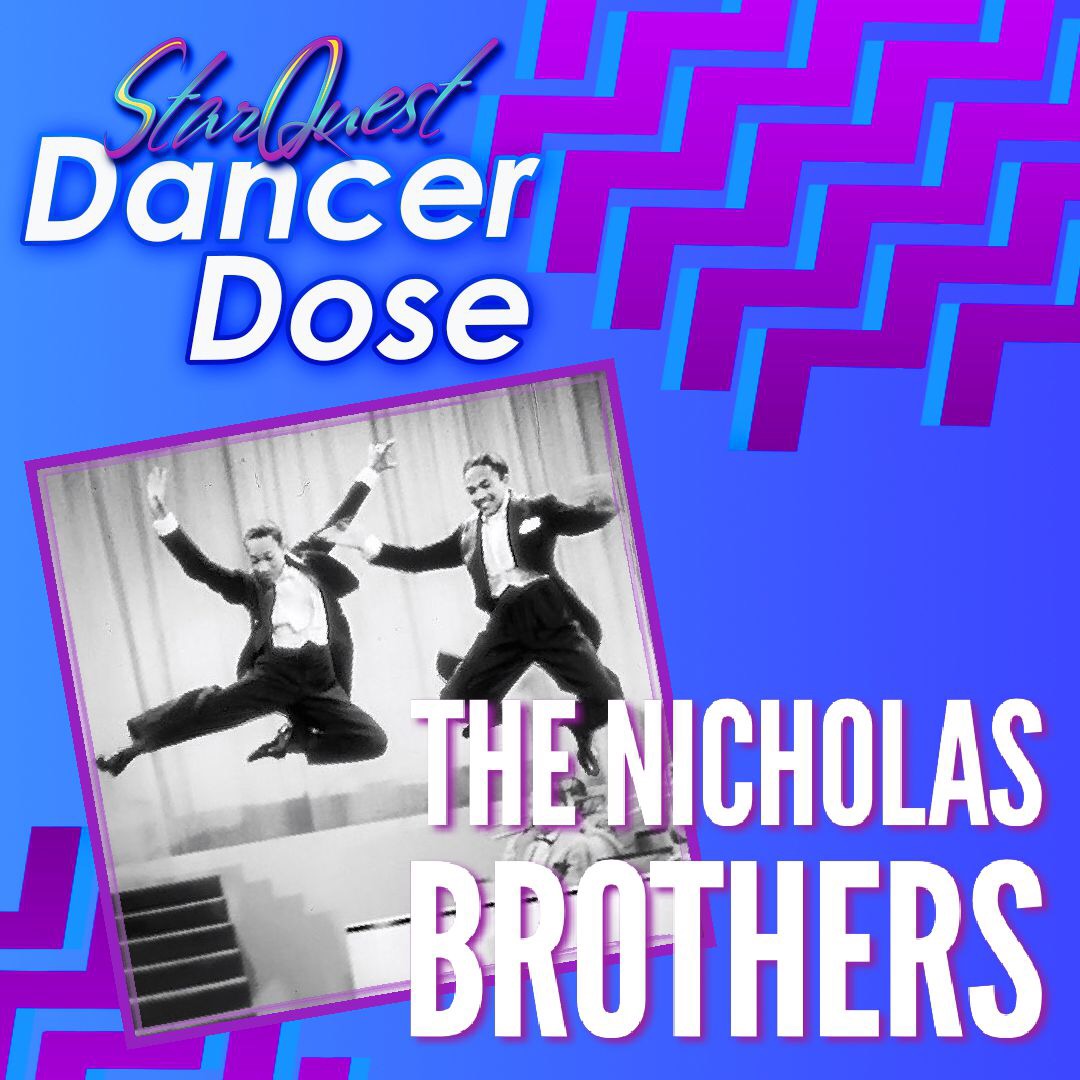 These two are the most virtuosic dance display of all time! Known as the stars of the jazz circuit during the Harlem Renaissance, Fayard & Harold Nicholas (The Nicholas Brothers) were a team of dancing siblings who performed in the acrobatic style of “flash dancing”. The brothers are considered to be the greatest tap dancers of their day. They set the standard for future acts that took part of the art.

The older of the brothers, Fayard, was born October 20th1914. Harold was born a few years later on March 17th1921. The two brothers grew up in Philadelphia with college-educated musicians who performed at the old Standard Theater. A drummer father & pianist mother, the two would watch in the front row as their parents worked alongside notable dancers like Alice Whitman and Willie Bryant. 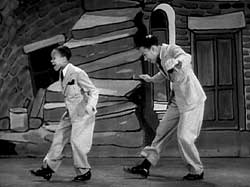 Inspired by the coupling of tap and acrobatic that the dancers performed at the theater, Fayard taught himself how to dance, sing, & perform by imitating the professionals he saw on stage. He then instructed his younger siblings and Harold idolized Fayard’s leadership and imitation of the impressive acts. Harold eventually grew so enamored with his brother’s imitation that he began copying his moves. Ultimately the two’s imitation transitioned into their own unique style.

The two pursued their passion for dance professionally, beginning to perform in theaters like the Pearl, and the Standard. After their performance at the Pearl, the manager of the famous New York vaudeville showcase, The Lafayette, immediately wanted them to perform for his theater. The two quickly became a featured act at Harlem’s Cotton Club at the young ages of 18 and 11. They shocked and impressed the audiences as they were the only African-American entertainers permitted to mingle with the white patrons.

During their time at the club, they also filmed their first movie short for Pie Pie Blackbird in 1932 with Eubie Blake’s orchestra.

After countless memorable performances in the style of “flash dancing” or a hybrid of tap, ballet, and acrobatics, the duo soon garnered the attention of producer Samuel Goldwyn. He invited them to be a part of Kid Millions,their first Hollywood film. By 1940, the two moved to Hollywood to continue performing in movies, nightclubs, concerts, and television. They soared to fame quickly and even landed roles on Broadway in productions of Ziegfeld Follies of 1936  and the musical Babes in Arms. The brothers’ work on the stage impressed the production’s choreographer so much that he began to train the duo to learn more stunts that contributed to their unique style.

The brother’s best performance ever was in the film Stormy Weather. The clip showcased some of their signature moves like a leapfrog down a long set of stairs. The two completed each step with a split, then went on to leap across orchestration stands and dance on top of a grand piano! They also performed a move where they would quickly rise from a split without using their hands. Their impressive moves inspired many established dancers. Gregory Hines once stated that if a biography was ever filmed on the two, it would have to be computer generated because no one could dance the way the brothers did!

Harold & Fayard toured around Latin America, Africa, and Europe. As their dance began to take over the world, the two returned to the US. They taught master classes in tap at Harvard University and Radcliffe. Some of their students included Debbie Allen, Michael Jackson, and Janet Jackson. They even taught some of the most famous tap dancers from today like Dianne Walker and Lane Alexander. The two left behind a great legacy that has impacted the face and style of dance for years to come. The Nicholas Brothers taught or influenced many of today’s brightest dancing stars. Their unique style of dance will continue to live on through the generations.