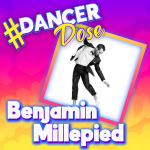 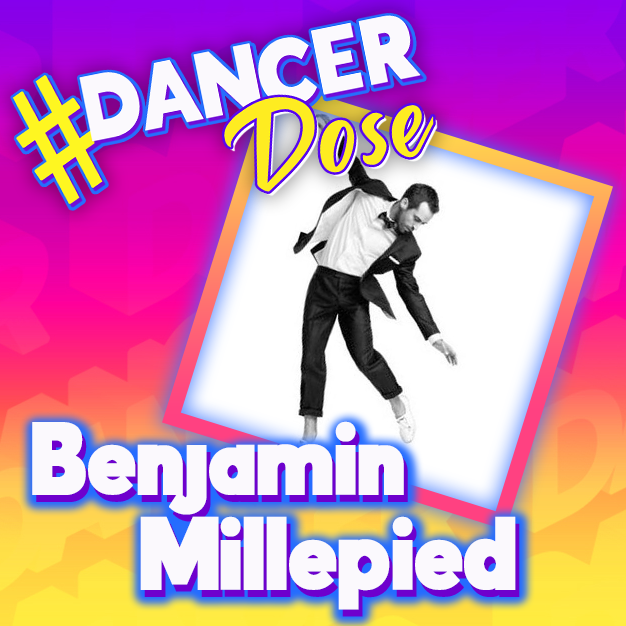 French dancer and choreographer, Benjamin Millepied, has created a name for himself in the world of ballet while granting countless others the same opportunity through his initiation of the LA Dance Project. A strong asset of the New York City Ballet, Millepied aims to inspire others through his love of dance and desire to achieve his dreams. 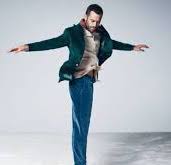 Millepied was born in Bordeaux, France where he began ballet training due to his ballerina mother’s influence. His upbringing led him to quickly become infatuated with any and all aspects of dance, but he found his heart in the art of ballet. At age 8, he began training relentlessly and working thoroughly to please both his mother while attempting to complete his own self-set goals. By 13, he began studying at the Conservatoire National in Lyon, France. During this time, Millepied quickly became regarded as a novel student who would quickly find success in the professional field of dance. Millepied’s studies continued as he attended classes at the School of American Ballet from 1992-1993 with a scholarship from the French Ministry. He was admired and instructed by choreographer Jerome Robbins and by 1994 Millepied was granted a principal role in one of Robbins’ own productions. With this professional ally by his side, Millepied began turning his studies into a full-time successful profession. 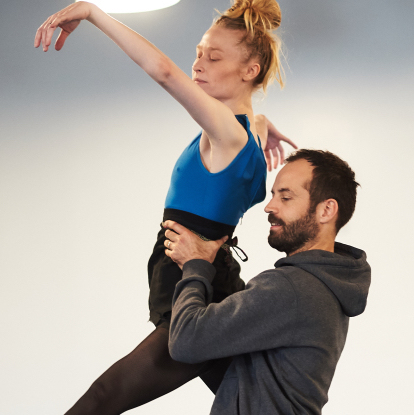 In 1995, Millepied joined the New York City Ballet’s corps de ballet. Known for its presentation of world class ballet artists, many audiences began taking Millepied’s work more seriously and soon regarded him as being one of the most talented male dancers in the field. Within 3 years of being brought on to the New York City Ballet, Millepied secured a spot as a soloist. His new title allowed for audiences to take his work even more seriously than before while giving him proper time in the spotlight to showcase just how much hard work truly does pay off. In only 5 years, Millepied was promoted once again as a principal dancer which further established his professional name and granted him worldwide acclaim and credibility. Following this, Millepied began exploring the art of choreography and created dances for City Ballet, American Ballet Theatre, and the School of American Ballet and even his own company, Danses Concertantes. From 2006-2007, he began a new position as resident choreographer for the Baryshnikov Arts Center in New York. After years of committed work with the New York City Ballet, Millepied decided to pursue a new endeavor by creating his own project to ensure a lasting influence on the dance community. 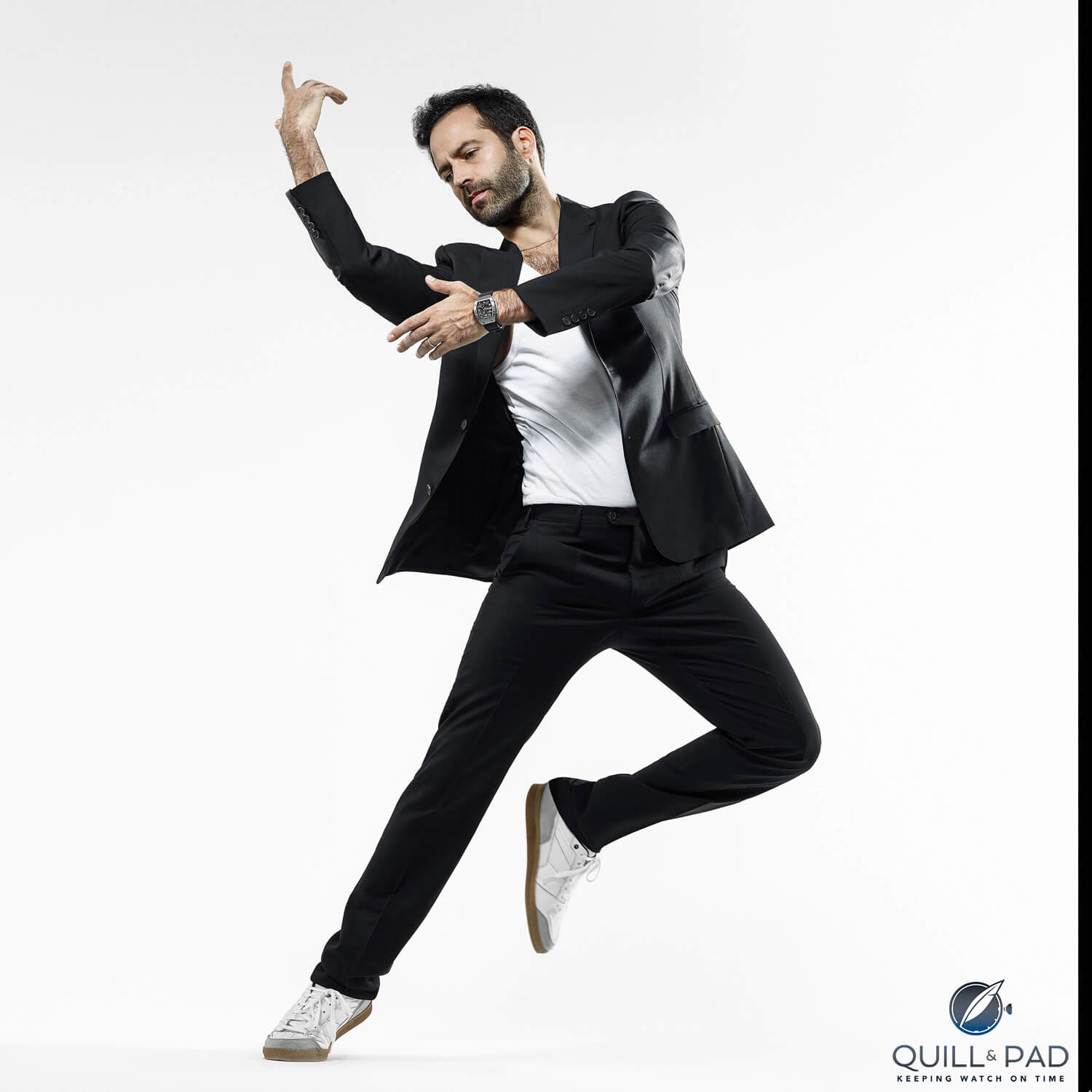 In 2011, Millepied founded and directed the LA Dance Project, a company consisting of choreographers and producers hoping to work with and influence young and professional dancers alike. Many dancers flocked to the company with the hopes of being influenced and instructed by their favorite artists while also learning from peers and participating in new and creative works produced by some of the industry’s greats. The company was an immediate success and quickly achieved international acclaim. Millepied and his crew began touring and creating works that were both visually and emotionally stimulating for all audiences. While working on this individual project, Millepied was also brought on as the director of dance for the Paris Opera Ballet. His time with the Opera was a major success as he collaborated with numerous artists to create an in-house training program for professionals looking to gain more insight on their own works. Millepied’s dedication to the arts community continued to grow as he commissioned and worked alongside contemporary composers and film directors to create unique and inspiring works that would be remembered and highly regarded for years to come.

Millepied’s contribution to the dance and arts community continues to grow as he finds new outlets and opportunities to share his work and dreams with professionals and aspiring dancers alike. His dedication to dance has impacted those interested in the art and those just wishing to spectate in something beautiful. As the art community continues to grow, Millepied aims to strive right alongside it.

Wax On, Wax Off. Just like Mr. Macchio in the Karate Kid, it's important to practice our skills every day! 🥋 ...

Visit www.conquestdance.com to register now and to join the experience! As the owner and artistic director of Stage Door Dance Productions, @chastahamilton is reinventing the dance education model by focusing on character development and community involvement in addition to technique and performance attributes. She is the founder and president of the nonprofit, Girls Geared For Greatness, and the founder and former editor of The Dance Exec. Chasta was recognized by Triangle Business Journal as a 2014 40 Under 40, and in 2016, a Women in Business, Future Star. #ConQuestDance ...

Join @joey_hernandez23 in the @conquestconference Master Class: Hip Hop Foundation & History ✅ Visit www.conquestdance.com to register now! ✨Joey Hernandez received his B.A. in Dance and Health & Society from Beloit College and is a member of the National Dance Association.
Joey has studied under the direction of Chris Johnson, Robert Lewis, (Xtreme Dance Force, America’s Best Dance Crew), Cedric Gardner (So You Think You Can Dance, Step Up 3-D), and many others during his career. Join #ConQuestDance and be part of the experience! ...

We've been capturing your performances for over 26 years, and we have loved every minute of it! Remember to use the hashtag #SQThroughTheYears to share your throwback posts with all of your friends! ...

Wax On, Wax Off. Just like Mr. Macchio in the Kara

Visit www.conquestdance.com to register now and to

We've been capturing your performances for over 26

Wednesday is bringing "The Weight Of Us" performed

It's hard not to be hypnotized by an amazing dance

Join @daniellealbertina in her Master Class: Self

One of the most amazing gifts you can give is the

Fly away on a cloud of dance! ☁️