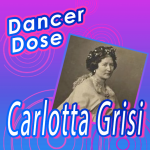 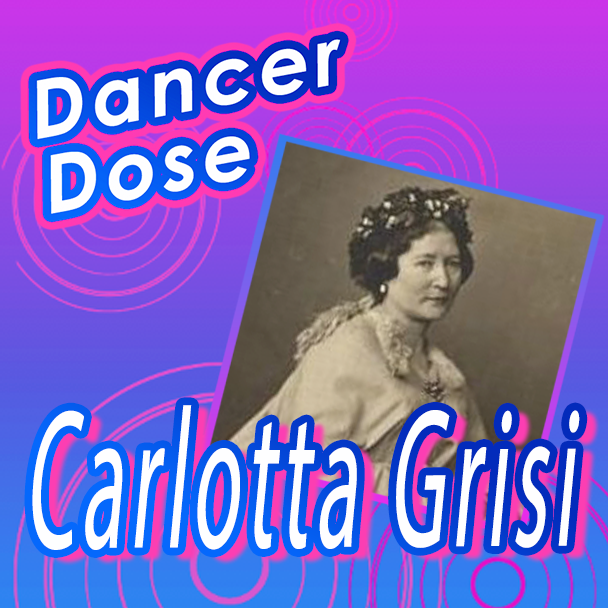 Known famously for her classic role as Giselle, Carlotta Grisi was an Italian ballet dancer who turned heads and stole the hearts of audiences in the mid 19th century. Her hard work and resilience led her to be remembered by many as one of the world’s strongest and most elegant ballerinas.

Grisi was born in Bisinada, Istria (now Viznada, Croatia) on June 28, 1819. As a young girl, she trained in ballet and traveled to Italy in order to pursue the art. She trained at the ballet school of Teatro alla Scala in Milan. Ballet master, Jules Perot, took Grisi under his wing and trained her in the art. Grisi was determined to perfect her performances to work alongside Perot as a partner rather than a student. After years of side-by-side training, Grisi made her performance debut with Perot in 1836 in London. The pair impressed and surprised audiences with their incredible skill and genuine chemistry that was the byproduct of years of intense training. 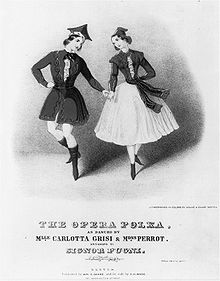 With a strong companionship and a large amount of chemistry, the duo went on to appear at the Theatre de la Renaissance in 1840. Their performance captured the attention of, not only those attending, but others in surrounding areas as well. As the pair began to gain some traction in the ballet community, Grisi determined the duo should broaden their horizons by touring throughout Europe. Gaining further critical acclaim through Perrot’s contacts in the performance community, the pair bean to work in Paris, London, Vienna, Munich, and Milan. By continuing to perform Perrot’s choreography that was gaining large amount of attention at the time, Grisi’s popularity skyrocketed with both the public and dance critics. Due to this rise to fame, Grisi received an offer for what would be known as her greatest role yet.

A Role Of A Lifetime 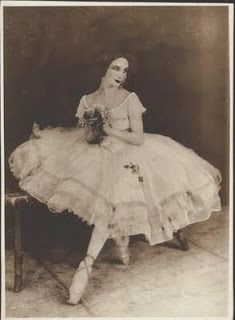 Grisi was offered the leading role in the world premiere of two-act ballet, Giselle. The ballet was performed at the Theatre de l’Academie Royale de Musique in Paris but caught attention worldwide. The ballet was known as an unqualified triumph as it caused a sensation throughout Europe and across the globe. At the time, it was regarded as being one of the greatest ballets while immediately establishing Grisi as an unstoppable force in the world of ballet. Her performance in her first ever full-length ballet as Giselle led her to become an instant superstar and her fame and fortune quickly skyrocketed.

With her new-found fame, Grisi stepped away from her long-time partner in order to further establish herself as an independent performer. The ballet of Giselle went on to be staged across Europe, Russia, and the United States, leaving Grisi with years of success and international credibility that gave her stardom status as a prominent ballerina and figure of dance. 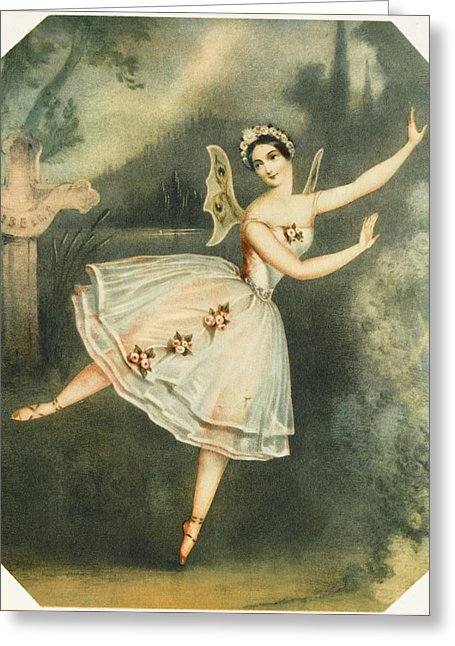 In 1850, Grisi rejoined her partner Perrot in St. Petersburg, Russia where he was appointed ballet master. She danced as Giselle once again at the Imperial Bolshoi Kamenny Theatre. Overtime and with many more performances under her belt, the Russian community grew to love her talents so much that she was eventually regarded as the Prima Ballerina of the St. Petersburg Imperial Theatres for 3 years while working with partner Perrot and Joseph Mazilier.

Following her work at the theatres in Russia, Grisi moved to Poland where she intended to continue her professional ballet career until she became pregnant. Grisi ultimately put ballet on the backburner to embrace her new role as a mother. Despite retiring at what most would claim to be the height of her career, Grisi left her mark on the world with her happy and infectious style of ballet. Many claimed that her innocent, yet captivating movements were so enchanting that it appeared to transform the rigid structure of ballet into something more fluid and childlike, henceforth altering the style into something original to Grisi. Her impact as Giselle has left a mark on the ballet community as she is still regarded as one of the most influential ballerinas of the 1800s.

WE ARE HIRING 2023 ROAD WARRIOR TEAM! ✨ Join the StarQuest Family and celebrate #30YearsOfMemories with us! ✨ For more information and to apply visit www.starquestdance.com/join-us/road-crew-positions now! #StarQuestDance ...