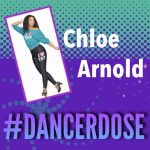 Who is ready for a dose of some amazing dancers? Our new #DancerDose blog will feature a different groundbreaking dancer every week. Keep up with us if you want to see who’s making a splash in the dance world! This week, our featured dancer is tap superstar, Chloe Arnold.

is a tap dancer, choreographer, producer, and entrepreneur. Born in Washington DC, it didn’t take long to see that Chloe was a shining star. She began dancing at the age of six and was already dancing professionally by the young age of ten. At sixteen, she was cast by the legendary Debbie Allen to perform in a production of “Brothers of the Knight” at The Kennedy Center. Debbie became Chloe’s mentor, and was a huge influence on her life for many years. With the guidance of such a major icon, Chloe flourished. She later became an Ivy-League graduate as she completed her degree in film at Columbia University. Her film skills, in combination with her dance experience, are what made her the well-rounded, successful woman she is today! After creating the fierce all-female tap company Syncopated Ladies, she went on to create many viral tap videos. 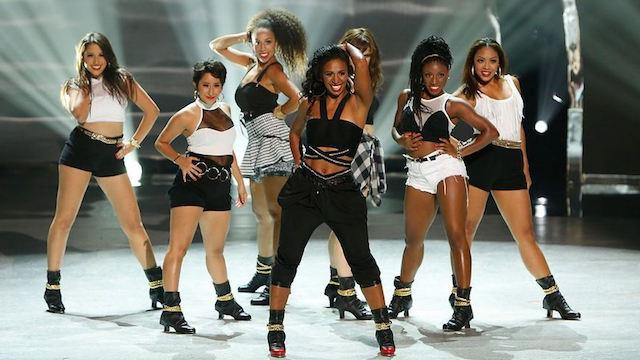 The Syncopated Ladies really took off when their tap tribute to Beyoncé was shared by the Queen B herself and became a viral sensation. Beyoncé even hired the group to perform for her Ivy Park clothing line launch! This was only one of many accomplishments by the group. They were featured on Good Morning America, So You Think You Can Dance: Dance Crew Battle, and performed at sold-out venues all over the world. Chloe has also created choreography for The Late Late Show with James Corden, The Talk, Good Morning America, and many other commercial, film, and theatre projects. With her sister and fellow tapper, Maud, she runs Chloe & Maud Productions, and together they produce the DC Tap Festival. Chloe strives to show young girls that tap is more than just a “boys club” and that any girl can tap just as well as any boy can. She is proof that if you believe in yourself, with enough hard work and determination you can achieve any goal!

Email wow@starquestdance.com the dancer’s name and

why you think they should be featured!

Aran Abilock is a writer for StarQuest. He loves mac and cheese,

theatre, and all things Pokémon!

Who doesn't love a sleepover with your #girlsquad ? Tag your best friend who you would love to party with tonight! ...