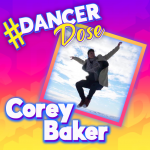 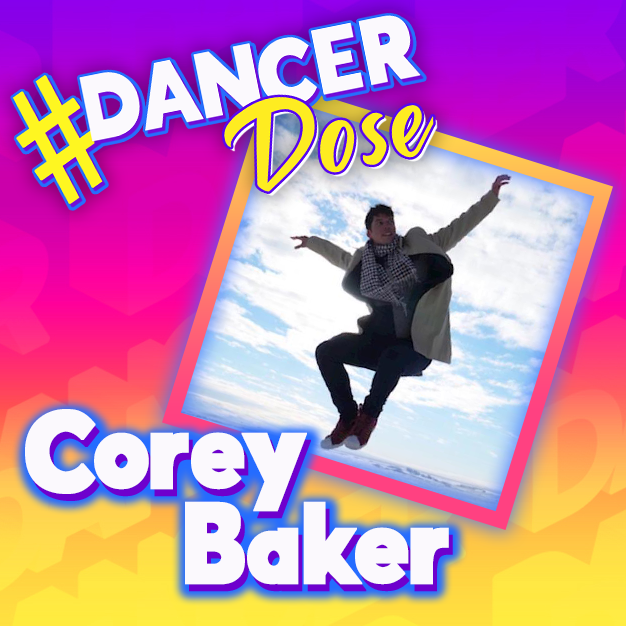 Meet Corey Baker: an award-winning New Zealand dancer, choreographer, director and this week’s #DancerDose. A classically trained contemporary dancer, Baker is most known for his works involving the outdoors.

Growing up in Christchurch, NZ, Baker discovered his love of the performing arts after stumbling upon a free show performed by a local theater company. From here, he began taking acting and musical theater classes, where he learned how to tap dance. Following the advice of his high school English teacher, also a ballet school owner. Baker later began taking ballet lessons in order to improve his tap dancing skills. Baker would later drop out of school at age 15. In order to dedicate himself fully to the study of ballet.

At age 16, Baker moved to Australia, where he completed his ballet training. Soon after, 17-year-old Baker relocated to Switzerland, and signed his first ballet contract. Baker would go on to spend the next couple of years in Switzerland. During which time he spent his days dancing with world renowned dancers. At the same time expanding upon his skills as a young choreographer.

Following a foot surgery which left Baker unable to remain a full-time dancer, he moved to London. Here, Baker departed from the world of classical ballet for a job at BalletBoyz. Baker later went on to work for Kneehigh Theatre Company. As well as a number of other accomplished choreographers and companies.

Discovering Purpose in the Outdoors 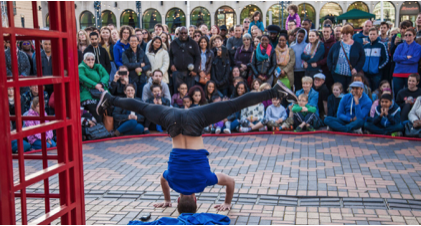 Later on, Baker would take part in an outdoor performance alongside choreographer Marc Brew. At which point in time he realized what he was meant to do: perform outdoors. From here, Baker began to see dance in a new, interesting and exciting light. For the next three years, he toured solo and  discovered the need for a kind of dancing that uniquely engaged and captured the attention of audiences. In an attempt to bring dance to the people, in 2010 Baker created Dance Outdoors, a group which today boasts 10 outdoor shows. Each one performed in a variety of different, unique locations. Whether it be out on a rugby field, or in the street, Baker formed his company in order to make dance “more approachable”; to make dance appear less intimidating to the general public.

In an attempt to further his efforts and expand upon his audience, in the last few years Baker has begun to document dance through the lens of a camera. Utilizing the mediums of film, television and social media to reach more people than ever before. Most notable of this work is his latest project, “Antarctica: The First Dance,” a short dance film featuring Royal New Zealand Ballet dancer Madeleine Graham, alongside her co-star: the frozen tundra of Antarctica.

The first of its kind, this piece, which Baker only just recently completed, allowed him to channel his fascination with the untouched continent of Antarctica, his concerns of  “the harsh realities” of climate change, and his passion for dance in unorthodox locations. Baker presents a film which engages, moves and inspires. Not just dance lovers and environmental activists, but each and every one of us. The four and a half minute dance film, which is accompanied by a 60-minute feature documentary, premiered in celebration of Earth Day last year and can be viewed at http://antarctica.coreybakerdance.com.

For more information about Baker and his work, visit www.coreybakerdance.com.