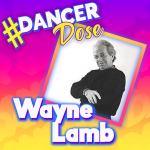 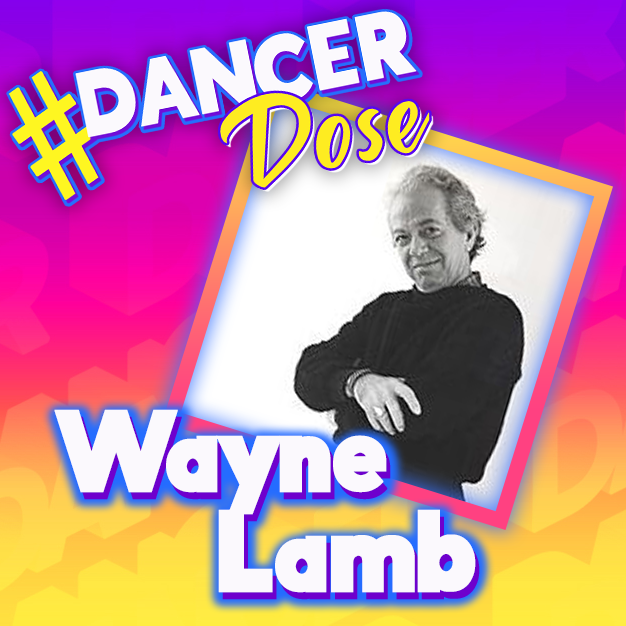 A dancer, choreographer, theatre director and professor of dance, Michael “Wayne” Lamb had always held a passion for dance despite a lack of initial interest in the art. Lamb’s change of heart and transition into the arts tells the tale of the way art can be used to heal, educate, and empower all.

Lamb was born in Centerville Kansas on October 24th, 1920. Spending most of his youth and young adult years in Kansas, Lamb attended the University of Wichita and the University of Kansas where he quickly became intrigued by the world of theatre. Despite not having much prior experience, Lamb dove into the world of arts quickly and intensely. An immediate connection was made between Lamb and the theatre stage, so much so that Lamb left college to tour with Earl Carroll’s Vanities to play five shows a day for 3 months. Lamb made the difficult decision to either immediately leave his home and sense of normalcy to professionally pursue a new-found love in the world of the arts. 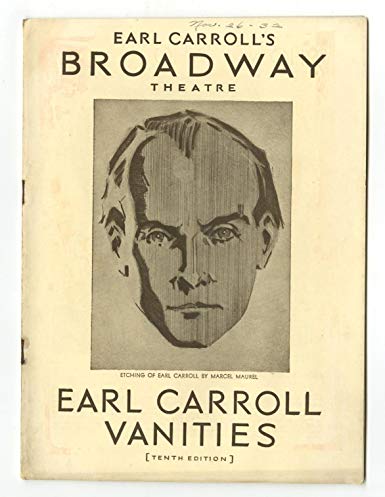 He got wrapped up in the circuit rapidly and began performing across the country.

A Dancer Of War

As quickly as Lamb became accustomed to the crazy touring schedule, his life took yet another difficult turn as he was added to the World War II draft. For three years, Lamb put his passion for the arts on the back burner to protect and serve his country. Lamb was in charge of chauffeuring officers, but was also known as a typical entertainer shedding light on a very dark environment. His brightness never dulled despite the gruesome effects of war, and he was ultimately rewarded for his bravery and positivity with five Battle Stars and the Bronze Star. After being discharged from the army, Lamb relocated to New York City where he immediately enrolled at the Alvin School for the Dramatic Arts. His studies there along with his education at the American Theatre Wing gave him exposure to the world of dance, specifically Russian Ballet. He worked alongside Helena Platova and Edward Caton along with English ballet teachers like Antony Tudor and Margaret Craske. He even worked along modern dancers like Hanya Holm and Doris Humphrey. Lamb credits much of his own creative success to his collaboration with Humphrey. He recalls being told by Humphrey that it was essential to add a piece of yourself to every piece of work you create. With this advice in mind, Lamb began taking his studies to soaring new heights as he embarked on a professional career in the arts. 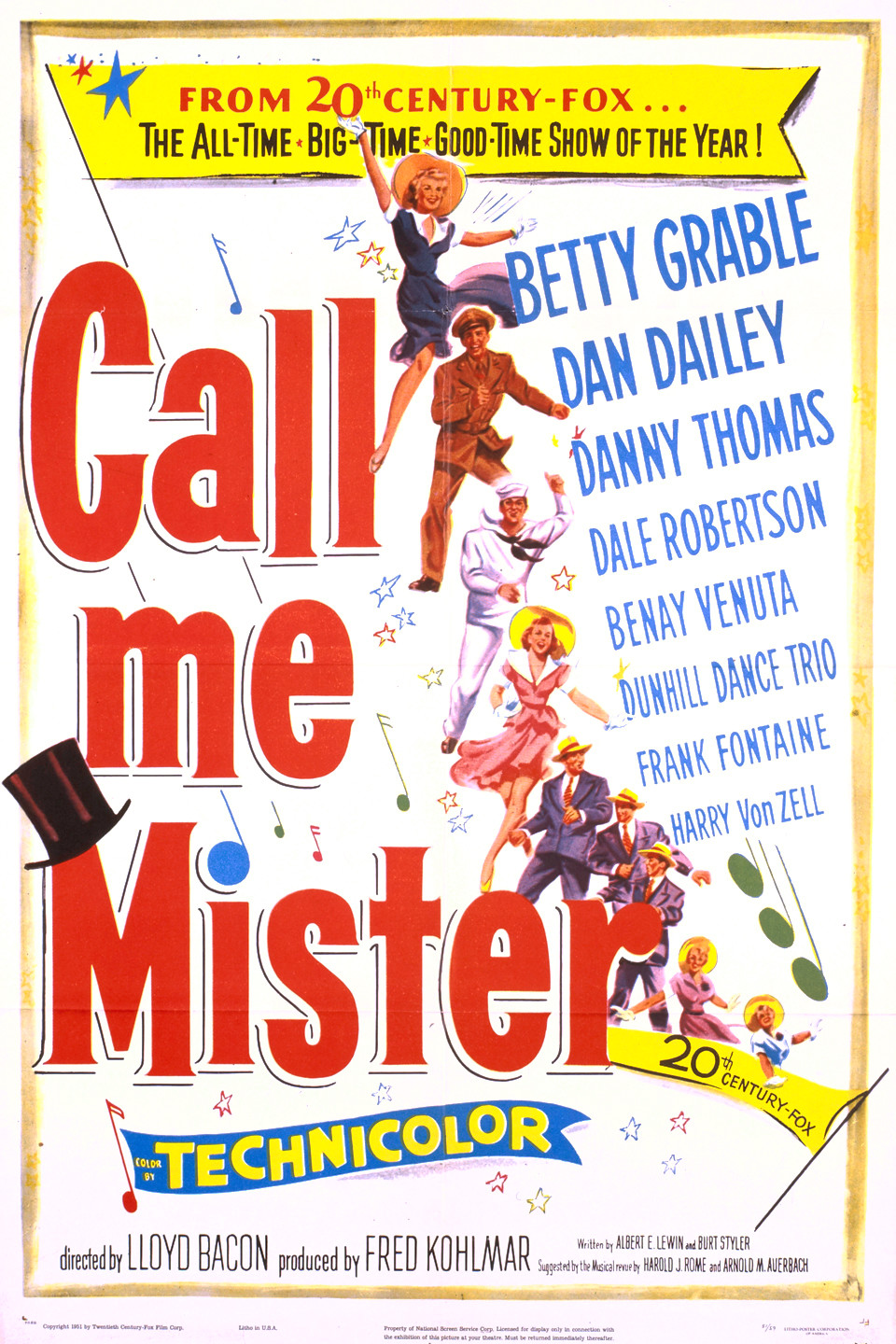 Lamb was initially signed on to join a national touring company of The Day Before Spring which unfortunately closed three days prior to its debut. Not to be deterred by the unfortunate circumstances, Lamb continued to push forward and wound up receiving his Broadway debut a month later. He appeared in multiple Broadway musicals, the first of which as a dancer in 1946. He went on to perform as a dancer and actor on long-running musicals like Make Mine Manhattan, The Day Before Spring, and Call Me Mister. Lamb was able to show his talents as a ballet dancer along with his other investments into acting and production. He approached each performance with a sense of grace and electricity that captivated audiences and critics alike. With his popularity on the rise, Lamb began taking his moves from the stage to the screen as he appeared on a variety of television programs throughout the 1950s.

Following his rise to fame and prominence, Lamb began taking a deeper interest in choreography and began creating his own work. This led him to the Barn Theatre in Michigan where he started directing musicals and plays. His work at the Barn Theatre led him to create work for South Pacific and Hello Dolly. He continued to work at this theatre for over 20 years while also becoming an instructor of Ballet classes for the New Dance Group in New York City. 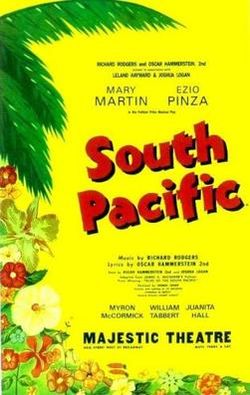 His investment into education and artistic creation continued as he became a Director of the School of Dance and Fine Arts in Michigan. He also became a professor of dance at Eureka Colege, Williams College, the University of Massachusetts Amherst and most notably, Purdue University. He worked at this institution from 1960 until 1986 where he taught ballet, broadway jazz dance, ballroom, and tap.

For his hard work and dedication to educating those invested into the arts, Lamb received the title of Professor Emeritus of Theatre in 1987. The Wayne Lamb Hall is also now a prominent fixture of the Purdue University campus. Though unsure of where his path in life would initially take him, Lamb was able to not only create a name for himself but also help others in finding who they were meant to be on, both on stage and off stage.

We love our colorful backdrops that provide perfect photo backgrounds for years to come! Thank you, Brooke, for this photo from 2014.
.
Remember to tag us in your throwback posts using the hashtag #SQThroughTheYears for a chance to be featured on our social media! ...

Even when the moment is gone, the memories last! 💫 This is “Gone” performed by The World Of Dance at #SQHartford . #SQOnstage #SQLovelyLyricalWeek ...

These dance costumes are out of this world! ...

An exhibition at the Centre National du Costume de Scène in France considers the dialogue between the stage and the runway.
View on Facebook
·Share

Training: ✔️
Mock Show: ✔️
#SQRegional2020 : Let’s do this!
.
We are so pumped to kick-off our 2020 Regional Season this weekend! Tag your #dancefamily that you are excited to compete with this season! ...

This week, we are dedicating our #SQMomentOfTheWeek to our incredible and hardworking staff here at StarQuest. There are 21 team members in the office preparing all of the details for this year’s competitions. There are 67 judges getting ready to watch some awesome dances. Plus, there are 45 Road Warriors who just spent 14 days training hard to make 2020 a year you will never forget! These are the people that make all of our #SQMoments worth it. We are looking forward to seeing you out on the road and ready to shine! Where will you be joining us this year? ...