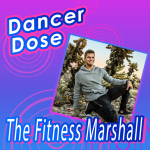 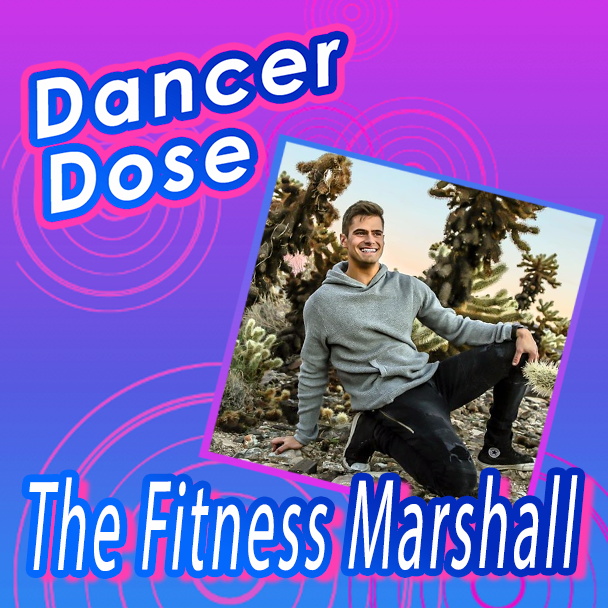 Dancing is about more than just moving to the music, it is also a great way to shape and tone your body! Professional dancer and YouTube sensation Caleb Marshall is known as one of today’s hottest dancers and fitness trainers. He uses his art to motivate others to become happy and healthy all while finding joy in the simple things in life!

A Dancer From The Start 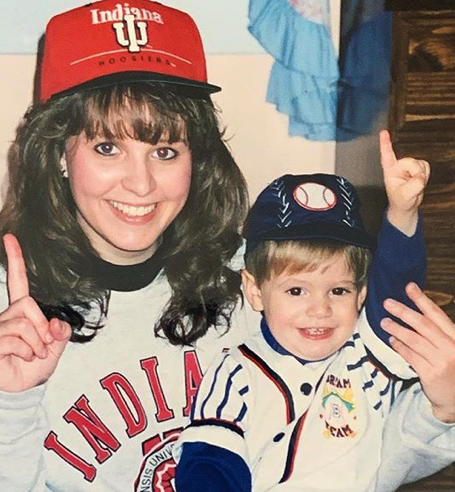 Born on March 18, 1993 in Marion Indiana, Marshall was surrounded by different forms of exercise to get the body pumping. He found his love in dance and quickly began exploring the art. He quickly took this passion and turned it into a form of education as he trained in performing arts school. There he was able to explore a more personal style for his dance moves. Marshall quickly began combining his talent for dance and interest in personalized choreography with his other lessons in video production and more technical arts. Upon graduating high school, Marshall was able to get a knack for the different ways dance can impact the body and its muscles. He soon became enamored with combining high energy and intense exercises into his choreography that would get the heart pumping and the muscles moving.

From The Stage To The Web 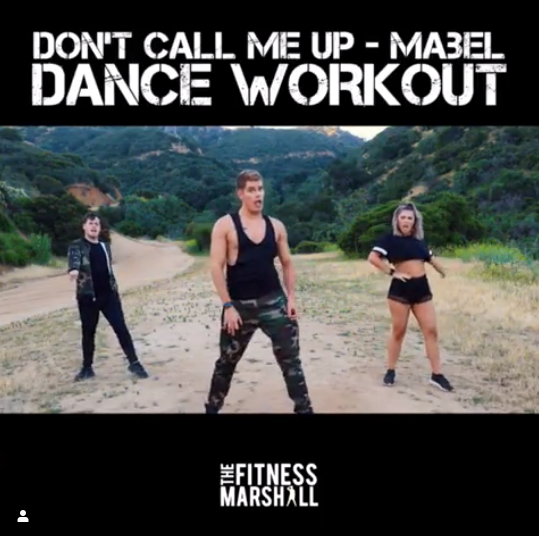 After graduating from Indiana University, Marshall took his talents to the internet as he began compiling his dance workout routines into bits of video to share with the world. The Fitness Marshall YouTube channel was utilized to showcase Marshall’s own dance workout routines to upbeat and popular Top 40 songs in order to gain some traction on the web. After months of posting unique choreography featuring major hit songs, Marshall began receiving attention from dance fans and exercise junkies alike! Other dancers quickly took note of the incredible work Marshall was creating, like Matt Steffanina, and began collaborating with him to make new choreography and ensure that his talents were promoted even further.

In just under a year, Marshall was receiving critical success from fans while becoming a must-watch creator on YouTube with over 100,000 subscribers. As more songs reached the top charts, Marshall would create new choreography that would leave audiences feeling ambitious enough to try out some of The Fitness Marshall’s moves. 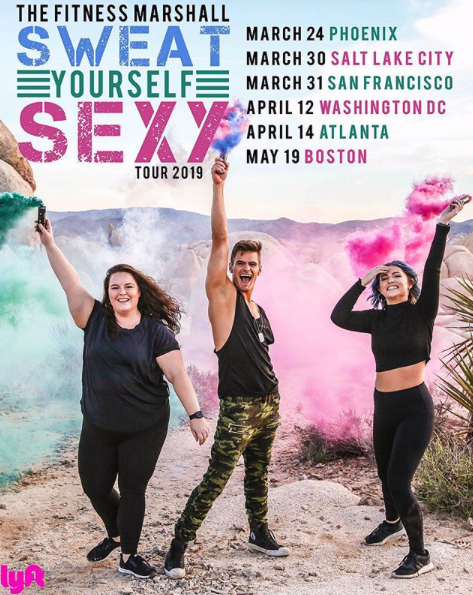 Following his quick success online, The Fitness Marshall became an instant sensation leaving others to want to experience his exercise routines outside of the internet. The Fitness Marshall soon began teaching live cardio concerts across the United States where fans could interact and recreate many of the moves that Marshall is known best for. The intense sessions leave expert dancers feeling winded and accomplished as their body is put to the test with a variety of blood pumping moves that Marshall has continued to create throughout the years. His events are typically sold to capacity as he mentors others on the importance of confidence, love, and happiness through an expression of art.

Today, The Fitness Marshall has a serious following of nearly 1.5 million subscribers on YouTube while also reaching hundreds of thousands of other fans on Instagram and Facebook. He uses these platforms to not only showcase the videos he has created, but also to interact with fans with uplifting messages of encouragement that truly show his passion for helping others be the best version of themselves they can be. He now has a partnering YouTube channel dedicated to his everyday life that showcases his personal struggles and the way in which he uses dance, exercise, and immense media knowledge to share his story with the public while releasing pent up emotions. The vulnerability behind the videos allows fans to see that the Fitness Marshall is about more than just getting in shape, but about a person with a dream who is determined to make his and others come true.

Dancing with passion is like a tornado of emotions... let them flow and let them take over! 🕺🌪️ 💃 ...

We love all of our dancers, but Seniors always have a special place in our hearts since most of the times we are fortunate to meet them as petite artists and then see them grow into the amazing adults they become. This past weekend was a very special one for Lucas and Emmalynn from Premiere Dance Studio, who just like most dancers, weren’t able to perform much last year during their Junior year. They joined us at our recent #SQLancaster2 event and performed their Senior Duet "Break My Heart Right”. They were very prepared, and they clearly gave it all on stage making everyone fall in love with their dance. Their devotion to their craft and passion for dance is what makes Lucas and Emmalynn the perfect #MomentOfTheWeek! ...

What an amazing performance by incredible dancers! Congratulations!!!💙💜❤️

Dancing with passion is like a tornado of emotions

We love all of our dancers, but Seniors always hav

#SQSelectSmallGroups continues today with some Sen

It’s Tuesday, May 4th, and the force is definite

Look up and let the universe guide you! 💜💟

Tag everyone you see! 👯 This past weekend of #S

Ready for today's #SQ15SecDanceBreak ? 💃🕺 We