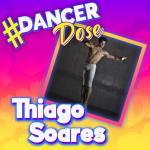 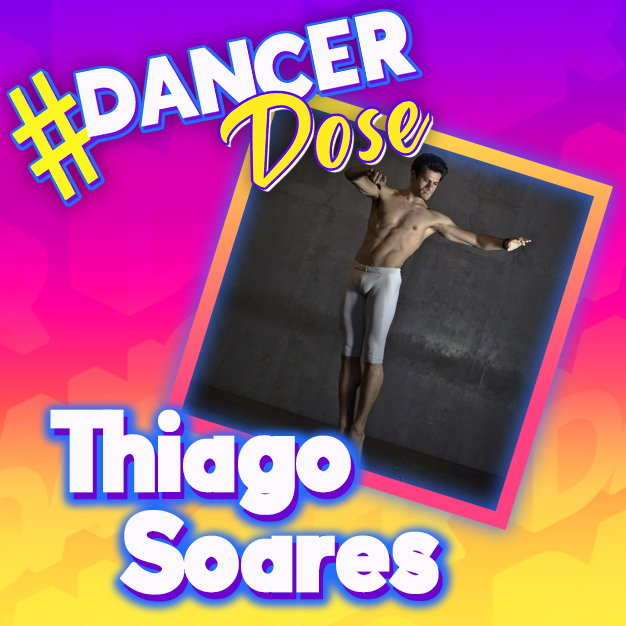 Thiago Soares wasn’t always as in love with ballet as he is today, but he found that he could surprise himself while trying something new.  This international citizen of the world turned heads with each new stage he conquered, and earned his place as a ballerino extraordinaire.

Thiago was raised in the suburbs of Rio. At eleven years old, he first discovered he had a knack for street dance. He started taking dance classes and joined a group of street dancers. While he was taking classes at the Rio de Janeiro Centre for Dance. He had a teacher who told him that he had the perfect physique for ballet, and of course, the talent to pursue it as well. The teacher asked him to take a ballet class, asserting that he doesn’t know what could happen if he doesn’t try. Although Thiago had never seen any ballet in his life and he was a little opposed to trying it, he figured there was no harm in taking a shot. Once he turned to ballet, he never looked back. 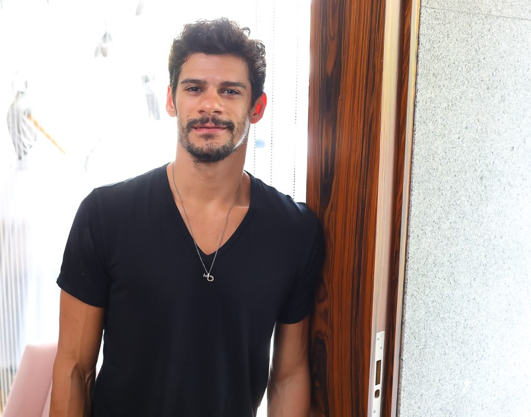 Thiago had a blast with this new dance style and he was progressing very quickly. Even though he had started his ballet journey at fifteen years old, a very late age for most ballet dancers, he could use what he had already learned as a dancer to apply to his ballet.  He fell in love with it, and he could see early on that he had plenty of talent too. Soon, the rest of the world would also recognize his talents. He won silver at the 1998 Paris International Dance Competition and that same year he joined the Municipal Theatre Ballet. In 2001, he won the gold medal at the 2001 Moscow International Ballet Competition. From there, a huge range of opportunities opened up to him.

From Rio to London 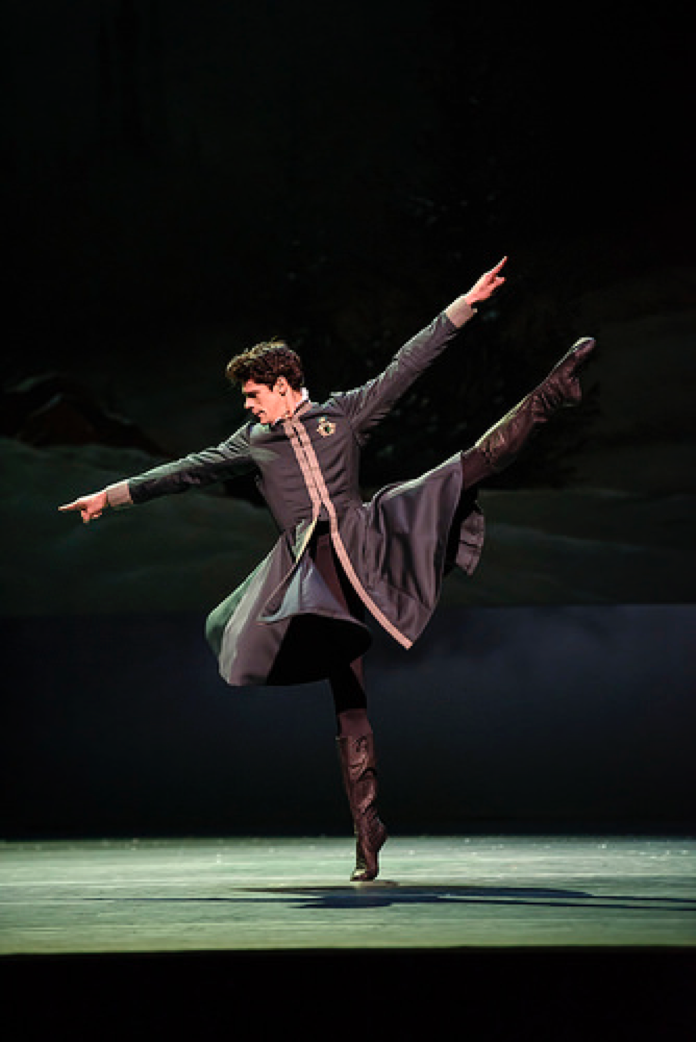 Thiago’s teacher introduced him to The Royal Ballet and encouraged him to go to London and audition. Thiago knew that in a dancer’s life, there weren’t many opportunities like this and you have to take them when you can. So Thiago packed a suitcase and journeyed to London to audition. He described the audition as “amazing, kind of magical actually.” It was meant to be; The Royal Ballet asked him to join their company.

Although Thiago had something major to consider: at Municipal Theatre Ballet he was principal dancer, and The Royal Ballet offered him a lower contract. He ultimately decided that it was time for a change and took the opportunity. Thiago had to take a few steps back, knowing that he could take many more in the future. He is forever grateful for this decision, because he was eventually able to make his way up to the highest position in the company as principal dancer.

When he arrived at The Royal Ballet he caught the attention of principal dancer Marianela Nunez right away. She saw him with his family and immediately knew that a fellow Brazilian had arrived. The magic was eminent, and the two became a power couple of ballet. One day, Thiago decided to surprise her. During a performance of Sleeping Beauty, Marianela noticed that their dancing had an extra dose of romance that day. The two performed beautifully and Thiago surprised her during the curtain call. He pulled out a ring and proposed to her right on stage. Marianela gave him an ecstatic yes and the two began their lives as husband and wife. 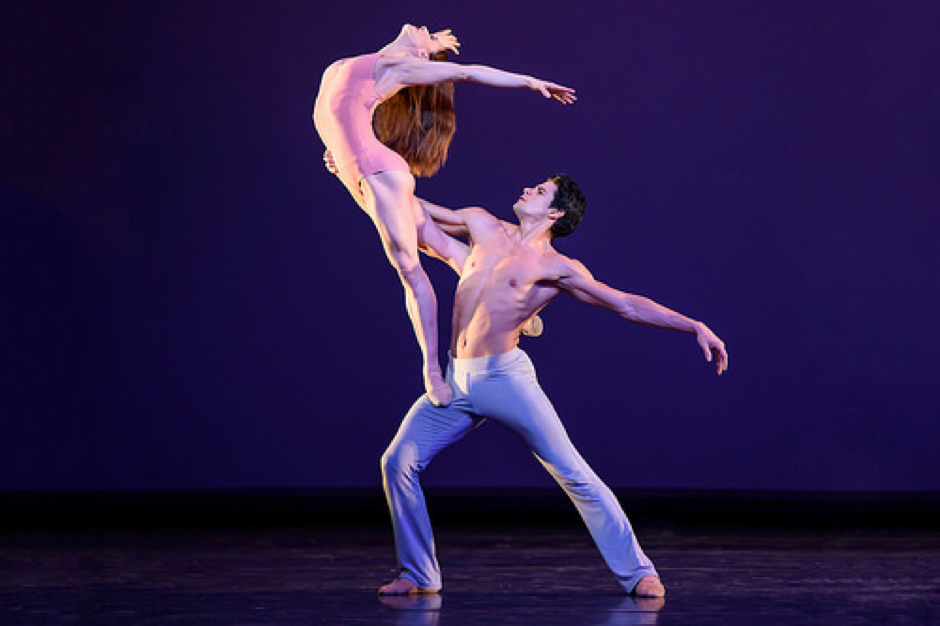 Living his professional dreams alongside his wife, Thiago was falling in love with London. They spent their time dancing, going out to pubs and restaurants, and visiting art museums together. Although the couple are now separated, they still enjoy a 15-year long professional relationship and continue to perform on stage together.

Thiago is still going strong to this day, where he remains a principal dancer at The Royal Ballet. He has grown to love London, although he feels deeply connected with his Brazilian roots. He is glad he was able to find a theatre that allowed him to be who he is and develop himself without losing his roots. Thiago was always concerned going in to ballet that he would be trying to dance like a Russian for the rest of his life, but The Royal Ballet allowed him to be exactly who he is. He is very proud of his two homes, describing himself as: “Born in Brazil, made in London”. In addition to his many ballet accomplishments, Thiago has also launched a fitness clothing line, Para Balletto, and appeared in a 2017 documentary about his life: Principal Dancer. Keep up with Thiago on his Instagram (https://www.instagram.com/_tsoares/?hl=en), it’s full of art, fashion and dance! Thiago is a prime example of the wonderful places you can go if you try new things. We can’t wait to see what he does next!

We love our colorful backdrops that provide perfect photo backgrounds for years to come! Thank you, Brooke, for this photo from 2014.
.
Remember to tag us in your throwback posts using the hashtag #SQThroughTheYears for a chance to be featured on our social media! ...

Even when the moment is gone, the memories last! 💫 This is “Gone” performed by The World Of Dance at #SQHartford . #SQOnstage #SQLovelyLyricalWeek ...

These dance costumes are out of this world! ...

An exhibition at the Centre National du Costume de Scène in France considers the dialogue between the stage and the runway.
View on Facebook
·Share

Training: ✔️
Mock Show: ✔️
#SQRegional2020 : Let’s do this!
.
We are so pumped to kick-off our 2020 Regional Season this weekend! Tag your #dancefamily that you are excited to compete with this season! ...

This week, we are dedicating our #SQMomentOfTheWeek to our incredible and hardworking staff here at StarQuest. There are 21 team members in the office preparing all of the details for this year’s competitions. There are 67 judges getting ready to watch some awesome dances. Plus, there are 45 Road Warriors who just spent 14 days training hard to make 2020 a year you will never forget! These are the people that make all of our #SQMoments worth it. We are looking forward to seeing you out on the road and ready to shine! Where will you be joining us this year? ...