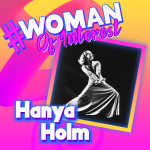 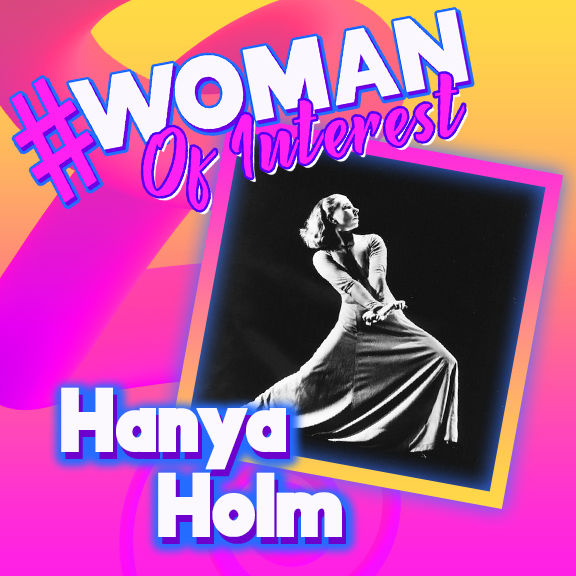 Hanya Holm is known as being one of the “Big Four” founders of American modern dance. A dancer, choreographer, and educator, Holm’s influence on the dance industry remains present today as her work is practiced in dance classrooms across the country.

Her Own Unique Style

Born on March 3rd 1983, Holm was instantly drawn to the world of arts, specifically music and drama. During her childhood and young adult years, she attended the Institution of Emile Jacques-Dalcroze. Despite her interest in both drama and dance, Holms decided to pursue different endeavors as she entered adulthood. It wasn’t until she turned 28 and watched the work of German expressionist, Mary Wigman, perform that she decided to return to her dance roots. She quickly enrolled in Wigman’s School of Dance where she trained relentlessly to perfect her craft while implementing her own unique style. In no time, Holm became a member of the company where she formed a strong bond with Wigman who admired her artistic expression. 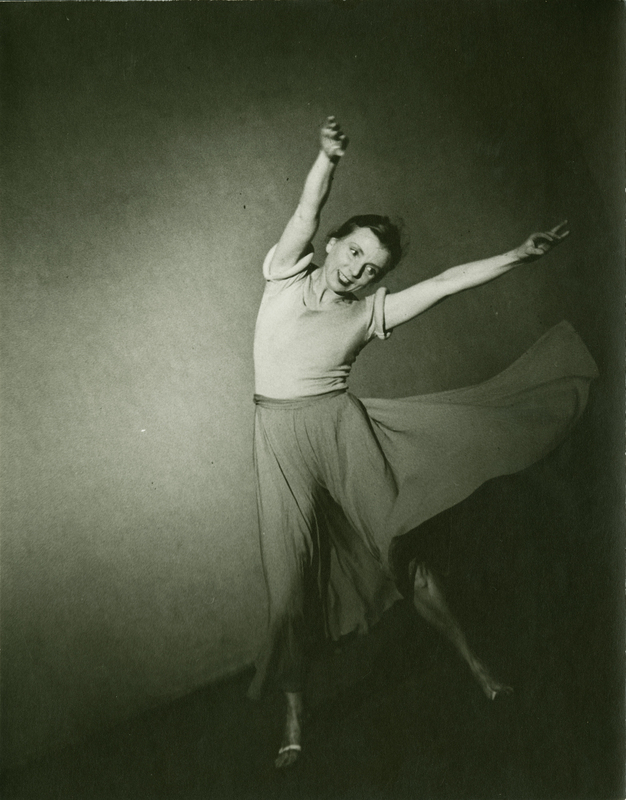 Through her work with Wigman, Holm was able to embrace her individuality and create works of movement that captivated her fellow dancers and set her apart as a strong stylistic director. Wigman went on to invite Holm to teach and co-direct the Dresden School of Dance in New York City with the promise of incorporating her own style in her teachings and creating a lasting legacy that would impact the dance community on an international scale.

It did not take long for Holm to implement that legacy. She transformed the Dresden school by showcasing a unique form of technique which emphasized the importance of pulse, planes, floor patterns, direction, and spatial dimensions. Her work was symbolic of freedom as her flowing movements seemed to alter the way individuals understood bodily movements. She encouraged the dancers she instructed to break the boundaries set up by prior instructors and attempt to find their sense of self-expression through uncharacteristic movements and new discoveries. 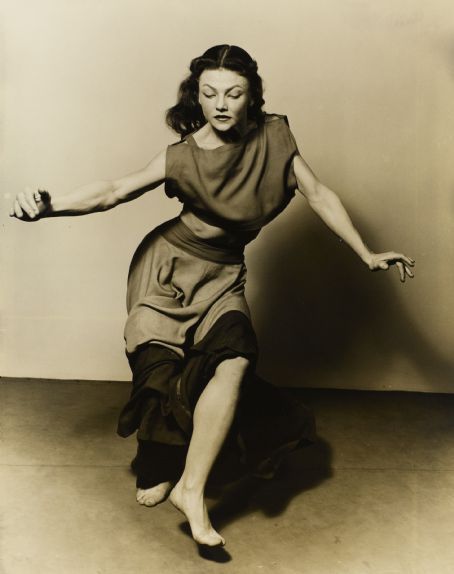 While choregraphing, Holm recognized the importance of space and emotion as she continued to work on movements that would fill an entire room rather than just a spotlight on a stage. Soon enough, many other up and coming dancers began to take note of Holm’s accomplishments and decided to lead a movement that would transform the dance community.

Invited by dance director Martha Hill, Holm became one of the founding artist at Bennington College along with other dance influncers like Martha Graham, Charles Weidman, and Doris Humphrey. Together they created the Big Four, also regarded as being the most influential modern dancers of their time. The group along with other teachers at Bennington College created the American Dance Festival as a way for modern dancers to come together and practice new works while opening their eyes to the potential their body held on movement. Following her success with the group, Holm moved to Colorado Springs where she started a Center of Dance that was comprised of summer courses that allowed her to instruct others while participating in her own creative exploration. 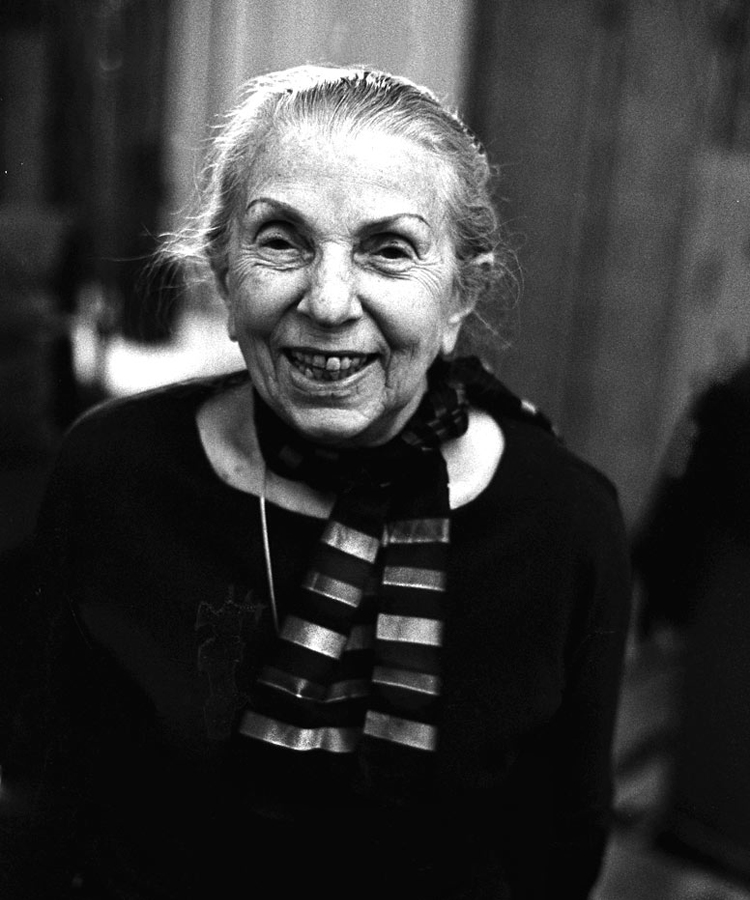 During this time, Holm was able to hone-in on her teaching ability and create an even stronger impact through an educational outlet. She encouraged young dancers to look deep into themselves and their emotions in order to create a style that was all their own. Continuously encouraging others to branch out and take risks, Holm believed that every dancer had something to say and it was their duty to discover their voice and the movements that would express it. She would push students and emphasize the importance of a strong work ethic to make an impact. Her classes would allow for improvisation along with composition and students were instructed to expand and experiment on skills that had previously been developed to make them bigger and better than ever before. Her teaching ability was widely commended and led her to be known as one of the most influential dance educators as her ability to allow students to open up invited more and more room for success.

Holm has been honored by the National Dance Association with the Heritage Award for her contributions to dance and dance education. Her legacy continues to live on as her work has been admired by dancers and teachers alike. Many instructors continue to use her teachings and techniques today as they encourage young dancers to embrace their individuality while taking risks and expanding on what they had previously learned.

Here are some other online dance classes for you to try! ...

No Class Because of Coronavirus? Here's Where You Can Train Online

Just because "social distancing" means your classes got canceled, your training doesn't need to stop. Some studios are livestreaming their classes to students. Some dancers are giving themselves kitchen-counter barre. But there are also several online classes that can keep your technique sharp from
View on Facebook
·Share

Your #dancefamily is always there to lift you up! 👯 Tag your #dance family that you’re missing today. ...

Our dancers never let anything stop them when following their dreams. That is the case of Emma Vossen from Bellevue Dance Academy. She was born with Spina Bifida and had a surgery to straighten her foot back in September 2019. Even though she was recovering from surgery, she made sure to never miss a dance class. After a successful recovery, she danced her first solo at our #SQOmaha competition! Even her surgeons were in the audience to celebrate her achievement. Emma says her dream is to work with her sister and create a school for kids with special needs. Emma's determination to get back to the stage is why she makes the perfect #SQMomentOfTheWeek .💖 ...

Thank you for sharing! What an awesomely special girl! Love her! 🤗

How very proud you must be...😍

This is so Awesome!!! Way to go Emma!