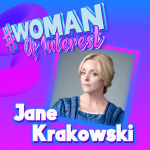 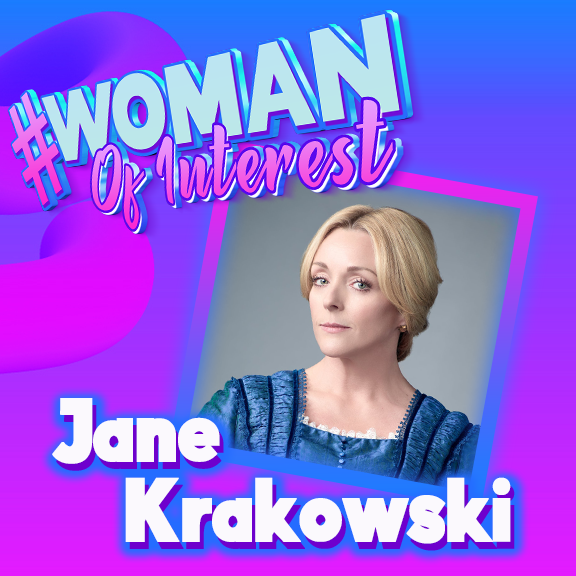 This week’s #WomanOfInterest is a Comedy Queen, best known for her roles on 30 Rock and Unbreakable Kimmy Schmidt. Before she was cracking jokes on the big screen, film & tv actress Jane Krakowski was a trained Broadway dancer. This New Jersey native and Emmy Award nominee already has one Tony under her belt, but her stage success has yet to stop.

Krakowski was raised by a chemical engineer father and a theater instructing mother in Parsippany-Troy Hills New Jersey. She spent many of her younger years immersed in local theater due to her parents’ passion for the stage. She initially took interest in ballet at age 4. However, Krakowski’s passions took a turn as her parents would bring her to the theater instead of hiring babysitters. After exploring dance more thoroughly, Krakowski switched from ballet to Broadway dancing. She attended the Professional Children’s School in New York City before continuing her education at Rutgers University in New Jersey. 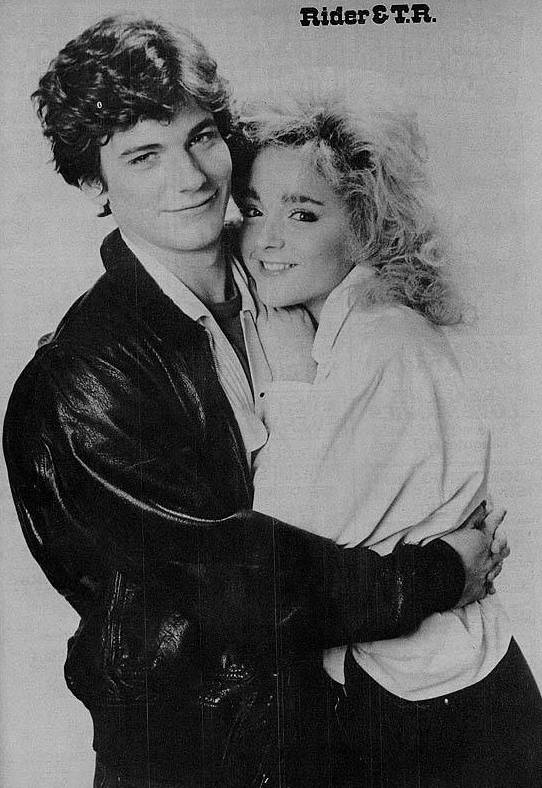 After receiving her degree from Rutgers, Krakowski left the Big Apple to pursue performance in Los Angeles. Her professional career took off on television when teenaged Krakowski was cast as T.R. Kendall in the soap opera, Search for Tomorrow.She played this role for 2 years until the series ended. This first major television appearance landed her two consecutive Emmy nominations in 1986 & 1987. She received even further critical acclaim after she joined the cast of Ally McBeal, a comedy focused on the corporate and personal life of McBeal portrayed by Calista Flockhart. Krakowski was praised for her performance of quirky and quick-witted Elaine. She got to explore her talents in the show as producers would allow her character to have small singing snippets. Her role earned her a Golden Globe nomination and international prominence as a television performer.

Following her tv success, Krakowski found herself back in New York. She originated the role of Dinah the Dining Car in Andrew Lloyd Webber’s Starlight Expressin 1987 at just 18 years old. She then performed in Grand Hotel in 1989, which earned her a Tony nomination.

It wasn’t until her performance in the musical Nine that critics started taking serious notice of Krakowski’s singing and dancing talents. Her portrayal of Clara earned her a Tony Award for Actress in a Featured Role in a Musical in 2003. She shocked audiences as she performed the song “A Call From The Vatican” while performing an aerial stunt. Noting Krakowski’s knack for performance, she skyrocketed into stardom globally. In 2005, she performed in yet another musical revival. She performed the lead in London Theatre’s adaptation of Guys and Dolls. Her portrayal of nightclub singer Miss Adelaide brought her yet another award, the 2006 Laurence Oliver Award for Best Actress in a Musical. 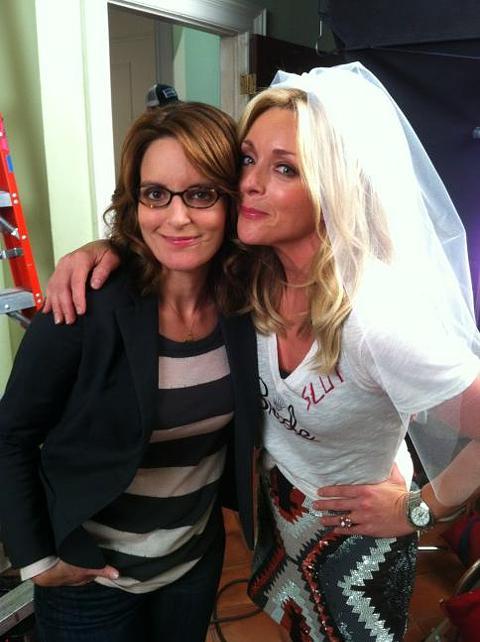 Krakowski returned to Los Angeles following her successful streak on Broadway. She proved to be a powerful performer yet again as she was cast as Jenna Maroney in 30 Rock alongside Alec Baldwin, Tina Fey, and Tracy Morgan in 2006. She then won Emmy nominations in the category of Supporting Actress in a Comedy Series for three consecutive years. When 30 Rock went off the air, Krakowski found herself featured in a variety of TV programs. In 2015, she returned to a starring role as a series regular in Unbreakable Kimmie Schmidt. Her role as Mrs. Vorhees left her with yet another Emmy nomination for Best Supporting Actress.

Voice For The Voiceless

Outside of her work on television and on Broadway, Krakowski dedicates her time to giving back to others. Along with former co-star Tina Fey, Krakowski donates and dedicates time to the non-profit organization “You Gotta Believe” which centers on finding families for young adults in foster care. 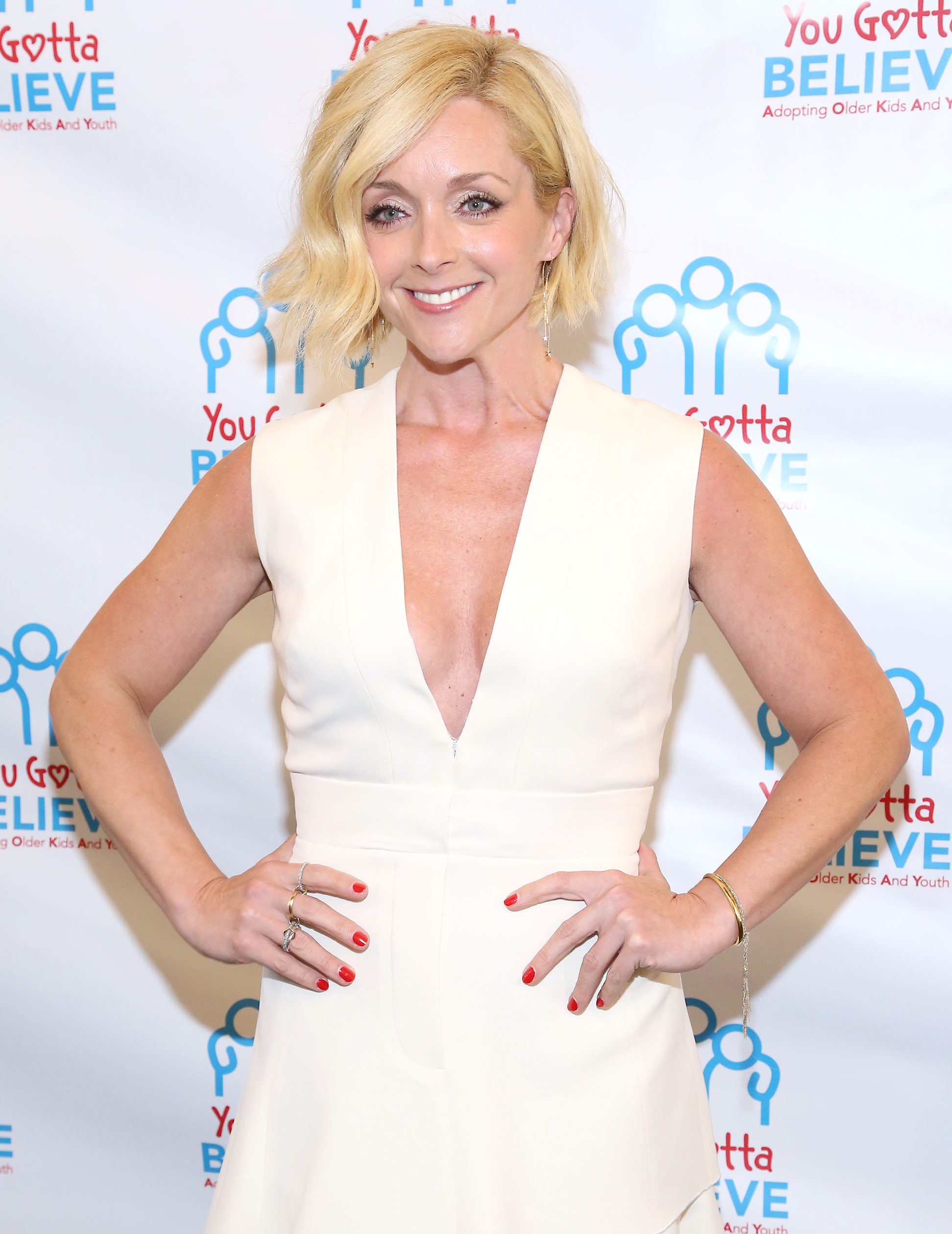 Fey and Krakowski performed at the organization’s “Voice for the Voiceless: Stars for Foster Kids” event in New York City. Krakowski took her talents to the stage at the event as she expressed her desire for the children to find a happy home while singing “Don’t Cry Out Loud”.

What Does The Future Hold?

Unbreakable Kimmy Schmidt just wrapped its final season on Netflix. Krakowski’s next step in her successful career is in Apple’s half-hour comedy show titled Dickinson. Starring alongside Hailee Steinfeld, the two will build off of each other to create a comedic set about Emily Dickinson, with Krakowski playing the mother of Steinfeld’s Emily. After years of prominence and praise in the industry, it does not appear that Krakowski will be slowing down or shying away from the spotlight anytime soon!

"Mary Poppins" is here performed by Academy Of Dan

Come Dance With Us This #Fall! ✨💃 Studio Dire

Welcome to a brand new week of #SQOnStage ! For th

Happy Thursday #dancefam! Today's #SQSelectMegaLines come with all the kicks and turns we always want! This is "Moulin Rouge" performed by Ultimate Dance Complex! #SQOnStage ...

Dynamic Movements our dancers were featured.

"Mary Poppins" is here performed by Academy Of Dance bringing all the #SQSelectMegaLines energy we need today! #SQOnStage ...

Come Dance With Us This #Fall! ✨💃 Studio Directors: Reservations are now being accepted for the 2021 Fall season. Call your Studio Concierge directly or visit your studio's online registration page now! 📞 919.363.2900 ✉️ concierge@starquestdance.com ...