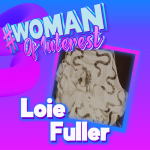 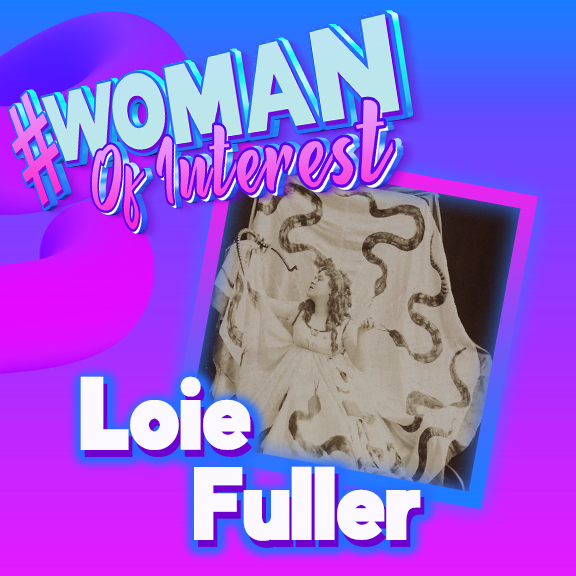 Louise “Loie” Fuller is an American dancer that achieved international acclaim for her distinct innovations in theatrical lighting along with her invention of the “Serpentine Dance”. Known as a pioneer for modern dancers, Fuller’s life revolved around performance and her legacy continues to shine on today.

Her Shot At Stardom

Fuller was born on New Year’s Day in 1928. Her shot at stardom started young when she made her stage debut in Chicago at the age of 4. Throughout the next 25 years, Fuller embraced the world of performance in every facet available to her. She toured with stock companies, burlesque shows, Buffalo Bill’s Wild West Show and plenty of other plays in both Chicago and New York City. While working on the various performances, Fuller became inspired and impressed by the wide variety of movements showcased in the different productions. 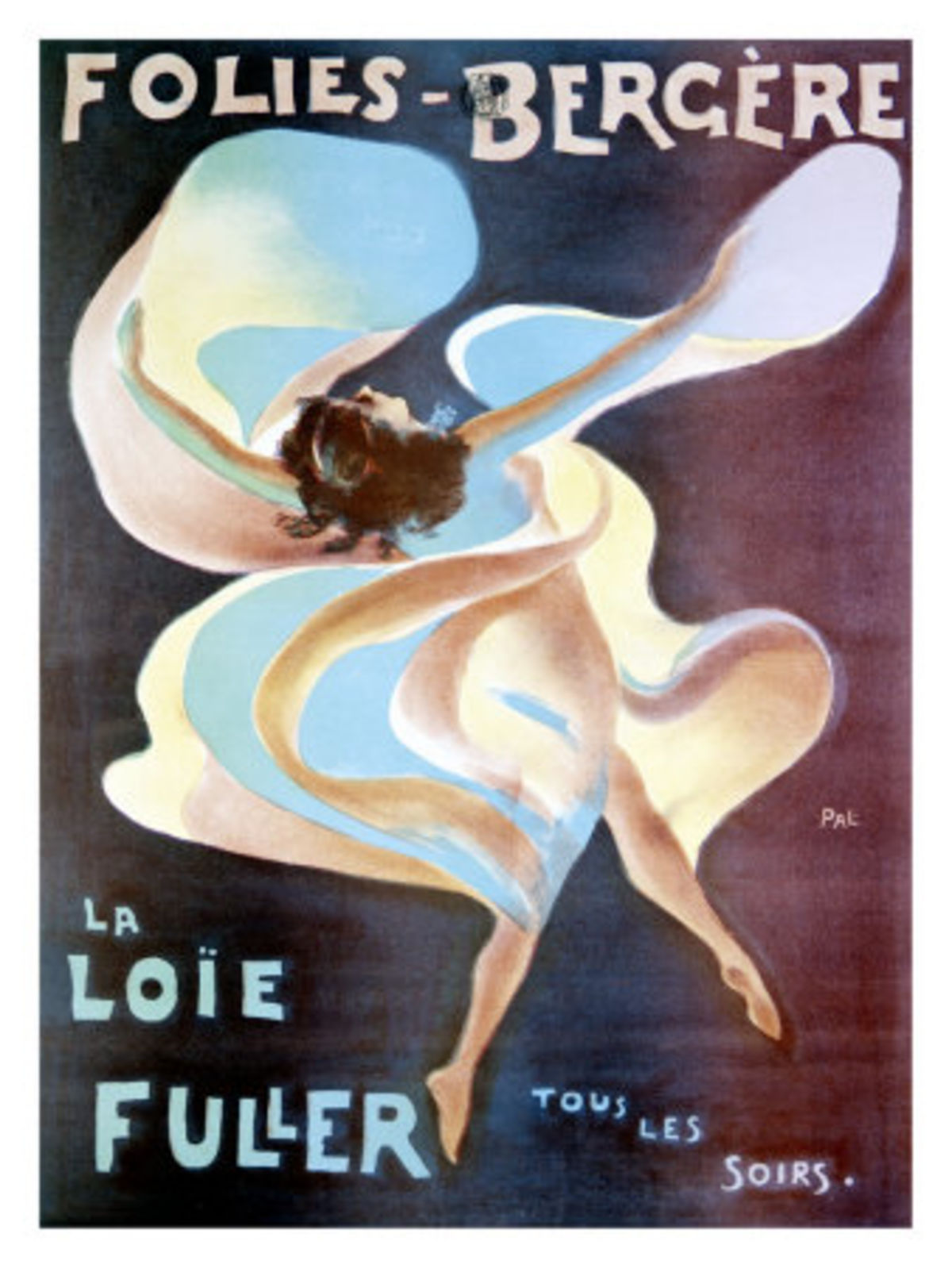 This held a strong impression on her and led her to create her own innovative style for others to one day attempt to replicate.

While rehearsing for another production, Fuller became inspired by the costume design and use of transparent China silk. She quickly began experimenting with the silk herself along with different colored lights. Combining the two, Fuller eventually created what would be known as the Serpentine Dance. Her ability to take different aspects of the stage ensemble and place them together to create something unique was unheard of at the time. Other professionals around her became enamored by the art she was presenting and soon enough she was able to perform her artistic pieces in front of audiences. The Serpentine Dance was wildly successful due to the rise in popularity of skirt dances during that day. However, Fuller went above and beyond to take the simple skirt dance to an entirely new level. 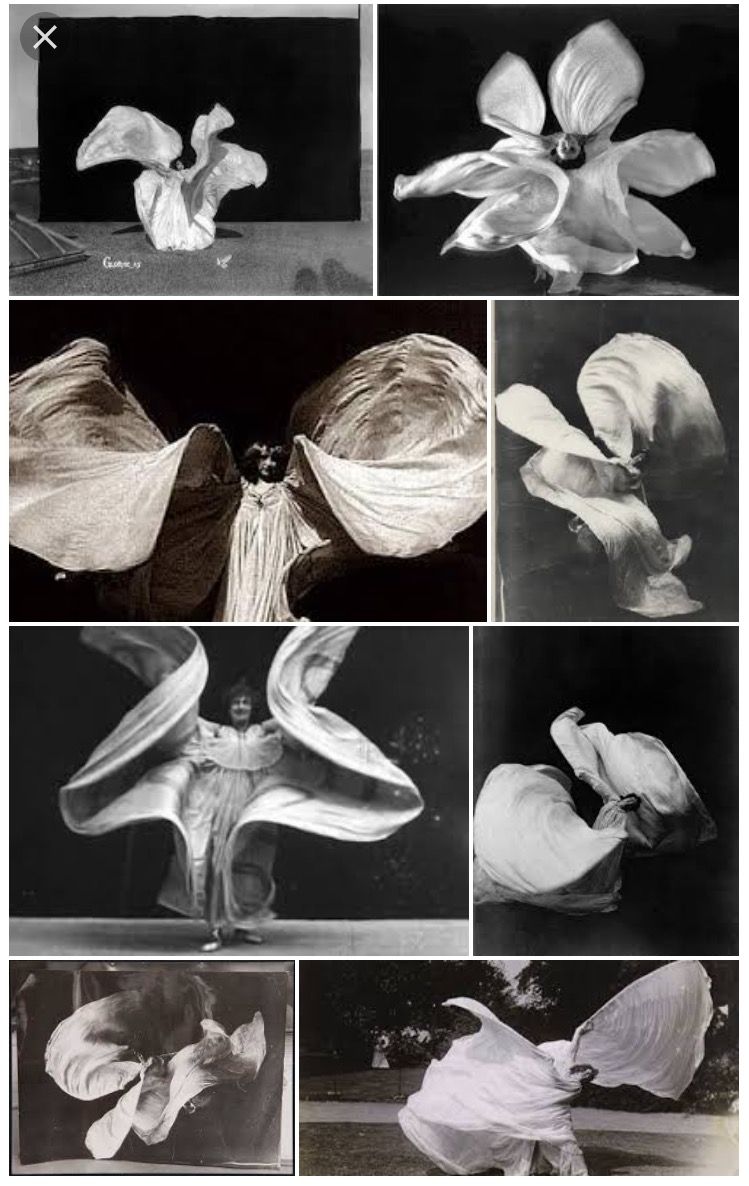 She first presented her work in February 1892 in New York City. Fuller then went on to travel to Europe where she performed a new piece entitled “Fire Dance” that allowed her to dance on glass that was illuminated below her.

Fuller’s work was admired by many and she was quickly labeled as a masterpiece in the world of arts. Her ability to transform two art forms into one cohesive performance astonished crowds and left her with plenty of admiration. Fuller decided to stay in Europe after her work had been highly regarded within the artistic community there. She continued to experiment not only with choreography, but with stage lighting as well. Her use of phosphorescent materials and silhouette techniques led her to become one of the most highly regarded stage artists of her time. While she found her initial place in the dance community, Fuller’s creativity extended beyond any thought imaginable by her or her fellow colleagues. Her work within the theatre led her to become a leading lady of the arts while having men and women look up to her originality and ability to manifest ordinary aspects of theatre into beautiful creations. 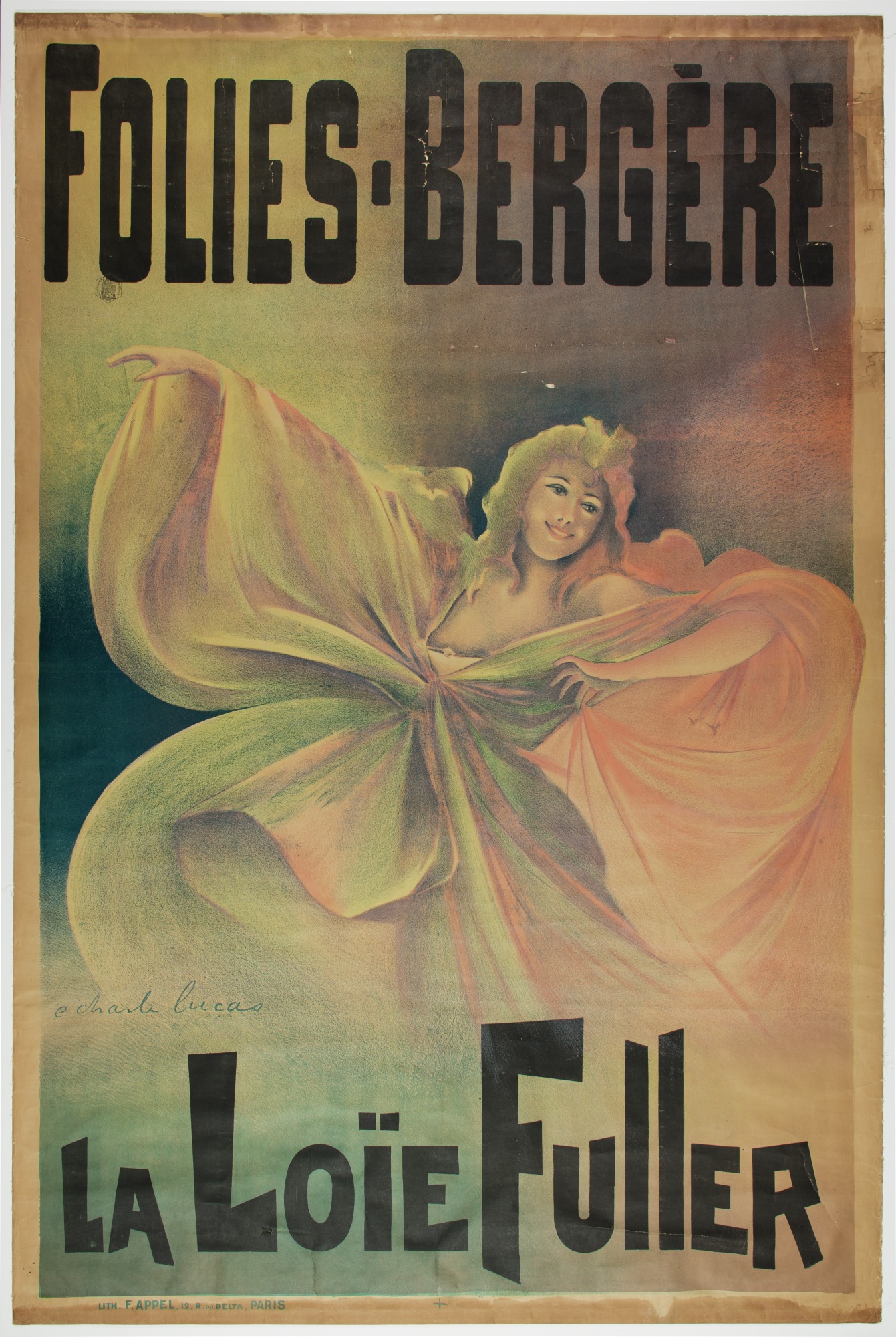 In 1908, Fuller published a memoir which detailed her experience as a dancer and artistic creator. During World War I Fuller took a brief break from dancing to create a school in Paris where she instructed others on the arts of dance. Following the war, she was able to send out touring dance companies across Europe. Toward the later years of her life, Fuller returned home to the United States for a final farewell before performing in her last stage appearance for “Shadow Ballet” in 1927. Fuller’s contribution to the dance and stage industry continues to live on today as many of her lightening techniques are replicated and built on to tie together a piece of work. Her impact during a time where the work of women was not highly regarded began to set a new standard for a woman’s role in the world of arts. Thanks to Fuller’s contribution, women are able to create masterpieces without the interruption of distinct creative direction of a man.

We are FLIPPING for excitement as we head into Fall! What are you most excited about this season? ...

It’s a lot of fun to dance with your #dancefamily . However, when your dance family merges with your home family, you can’t stop the excitement! This is Carrol County Dance Center. Back in 2019, these prop dads practiced for 5 months in order to join their daughters on stage in their awesome dance called “Boogie Fever”. Their total commitment to both their home families and their dance families is why they make the perfect #SQMemoryOfTheWeek ! ...

The #ClassicDanceOff & #QuestForTheBest that you know and love are here, now as a #virtual experience! 💃🕺Get ready to join us and be part of the #StarQuest experience this fall from wherever you are! 💻 Register now and don't miss out! #StarQuestDance ...

Stop number 2 in this #SQDreamingOfTravelWeek is "Out Of Spain" performed by Academy Of Dance! Ole! #SQOnStage ...

We are FLIPPING for excitement as we head into Fal

It’s a lot of fun to dance with your #dancefamil

Stop number 2 in this #SQDreamingOfTravelWeek is "

Before gaining her shot at the spotlight, Lea Thom

"I see dance as glue for a community."- Twyla Thar