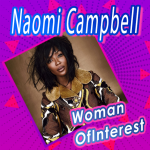 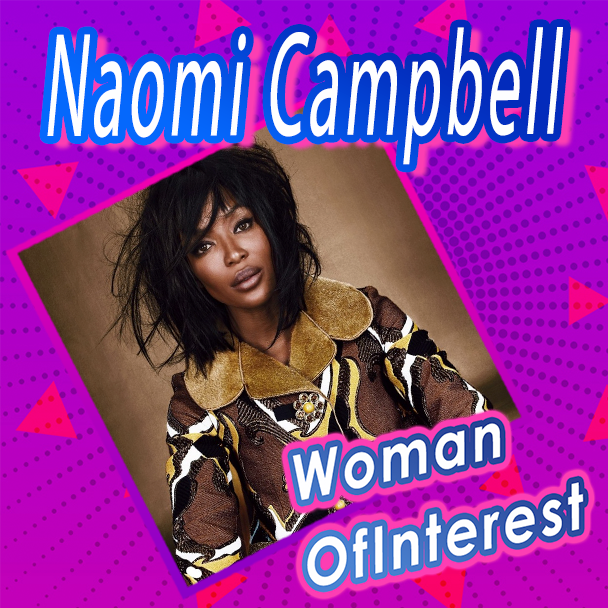 When learning about the model industry, you can’t go far without hearing about Naomi Campbell. However, this week’s #WomanOfInterest did not start her career on the catwalk, but on the stage with ballet shoes.

It Runs In The Family

Naomi was born in Streatham, South London on May 22, 1970. Naomi’s mother danced as a modern dancer in Rome as well as across Europe with the dance troupe Fantastica . At 3 years-old, Naomi followed her footsteps and enrolled in the Barbara Speake Stage School. Naomi started her performance career at the early age of 7 when she played a role in Bob Marley’s music video for “Is This Love”! 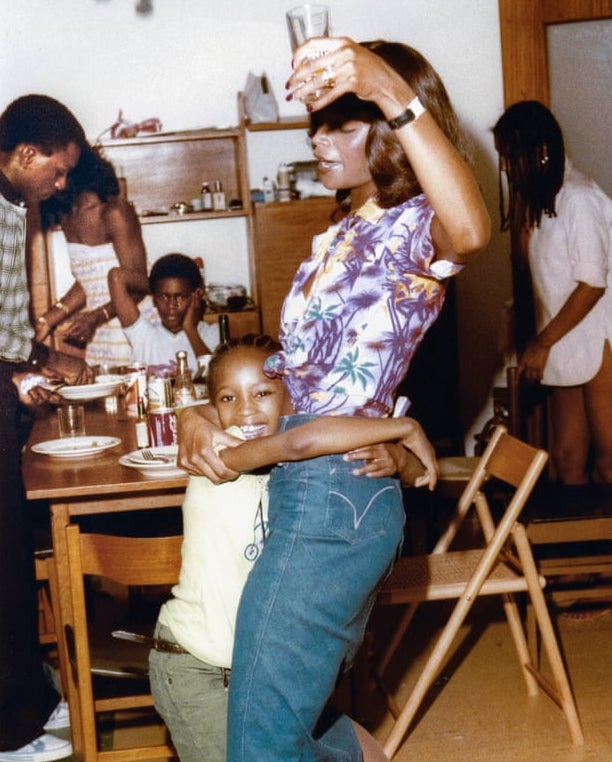 Naomi with her Mother

Not long after that, at 12 years-old, she tap-danced in Culture Club’s music video for “I’ll Tumble 4 Ya.” Her streak continued when she was 15 years old and was found by Beth Boldt from Synchro Model Agency. She signed with the agency and right after, appeared on the cover of the British Elle!

Naomi continued to turn heads as she appeared on numerous catwalks and in multiple photoshoots. By the late 1980s, she became part of a model trio known as the “Trinity” with Christy Turlington and Linda Evangelista. These three were among the most known and in-demand models of their age. She paved waves in the industry for other young black models. In December 1987, she appeared as the first black cover girl for British Vogue since 1966. In August 1988, she was the first black model to be on the cover of French Vogue. She then made it a trifecta by appearing on the cover of American Vogue in 1989, making her the first black model on its September cover, the biggest issue of the year. 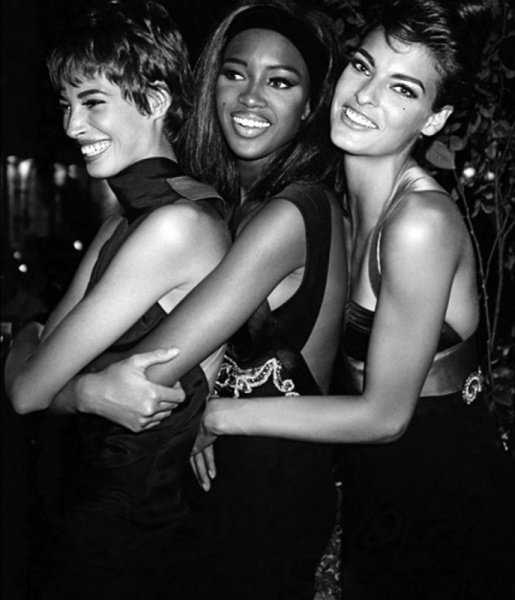 At just 19 years old, Naomi was named “the reigning megamodel of them all” by Interview magazine. Naomi, along with Christy Turlington, Linda Evangelista, Cindy Crawford, Tatjana Patitz, and Kate Moss were all declared “supermodels” and known as the “Big Six”. 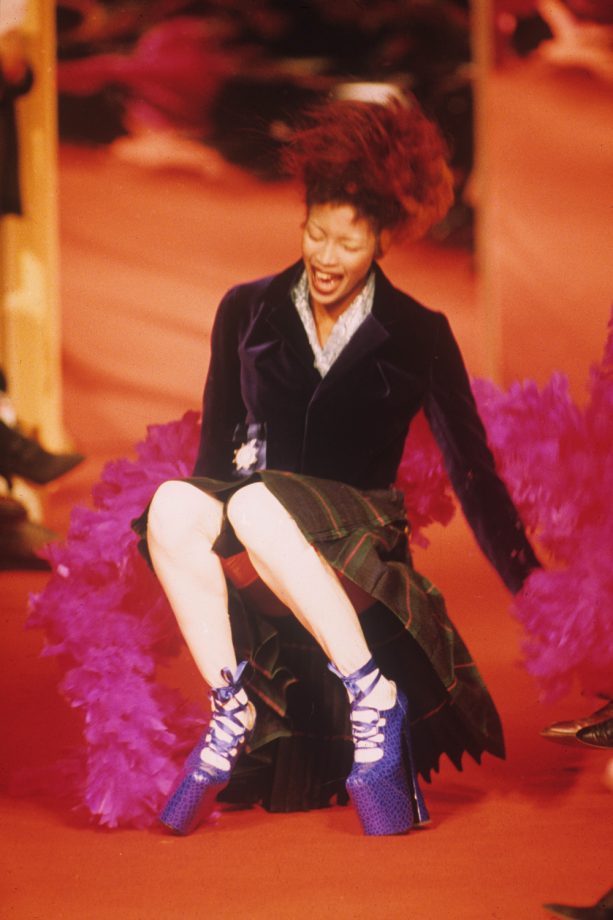 One of her most memorable catwalk moments was when she fell wearing foot-high platform shoes made by Vivienne Westwood in 1993. These shoes are so famous that they were displayed at the Victoria and Albert Museum in London.

While Naomi received great success in the industry, her coworkers did not believe it was worth it. Her management company, Elite Model Management, fired her in September of 1993 quoting, “no amount of money or prestige could further justify the abuse” to staff and clients. They felt she was impossible to work with. Naomi took this time to explore other areas of entertainment. She wrote a novel called Swan with a ghostwriter. Unfortunately, it did not receive good reviews. She also tried her hand at music, releasing an album called Baby Woman. It gained popularity in Japan but did not land well in the States and the UK. She also appeared on a few tv shows, like Miami Rhapsody, Girl 6, and New York Undercover. 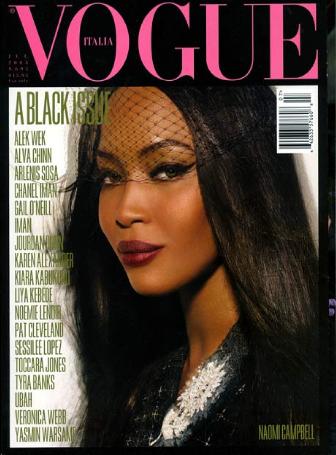 In 1998, Time Magazine said the “supermodel era” had ended. Naomi continued to model despite this and, in 1999, signed a cosmetics contract with Cosmopolitan Cosmetics. She continued to appear on many magazines including American Vogue for their Millenium Issue and British Vogue with rapper Sean “Puff Daddy” Combs. In 2008, she appeared with other black models on the cover of an all-black issue of Italian Vogue, an exciting statement piece for Europe. Most recently, in 2018, Naomi received the Fashion Icon Award at the CFDA Fashion Awards for the best and brightest in American Fashion Design. To this day, Naomi continues to make a name for herself in the entertainment industry.

While Naomi worked hard on her career, she also worked hard on her charity work. In 1993, she started working with Nelson Mandela on fundraising in South Africa. In 1997, he named her “Honorary Granddaughter” for her devotion to the cause. Naomi continues to work on numerous charities and causes. In 2005, she created the non-profit Fashion For Relief. The company produces fashion shows to raise money for various causes like Hurricane Katrina. Her passion for charity work is inspirational!