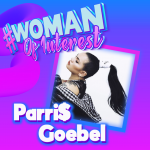 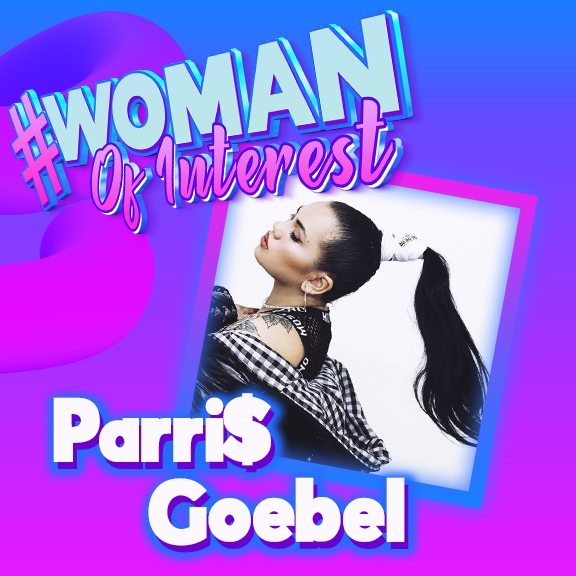 At the age of 28, Parris Goebel has established herself as a successful dancer while encouraging others to go after their dreams and take risks in order to achieve success.

Goebel was born in Auckland, New Zealand on October 29th, 1991 and was the youngest of four children. From a young age, Goebel became enamored with the world of dance and took an immediate interest in the hip-hop style. By age 10, Goebel began training in the art of hip-hop and took a variety of classes that influenced her style as well as contributing to her own sense of self. After five years of training, Goebel put together a group of dancers with four other female friends and entitled the group ReQuest. 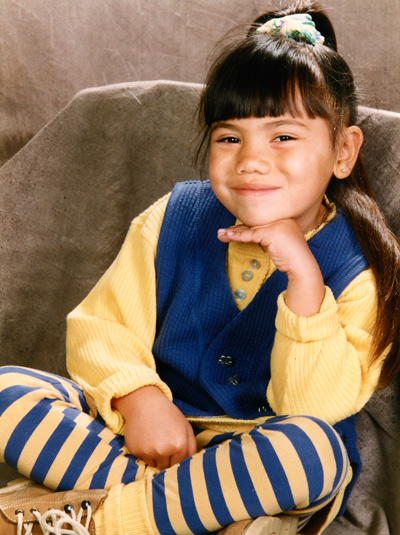 The group initially began practicing in Goebel’s aunt’s garage where they perfected their style while becoming influenced by each other’s own unique moves and creative interests. After performing together for a year, the group decided to compete in the Monsters of Hip-Hop Dance Convention in the United States. Audiences and judges were impressed with the group’s work, and Goebel left a lasting impression as she was selected to dance in the finale performance of the convention. Following her success in the states, Goebel decided to leave school to focus on dancing full time.

Heading To The Big Screen

Homing in on their skills and establishing their own style, Goebel and the ReQuest group ventured back to the United States in 2009 to compete at the HHI World Hip Hop Dance Championships in Las Vegas. The group won first place in the Varsity Crews division and received critical acclaim from judges and audiences. 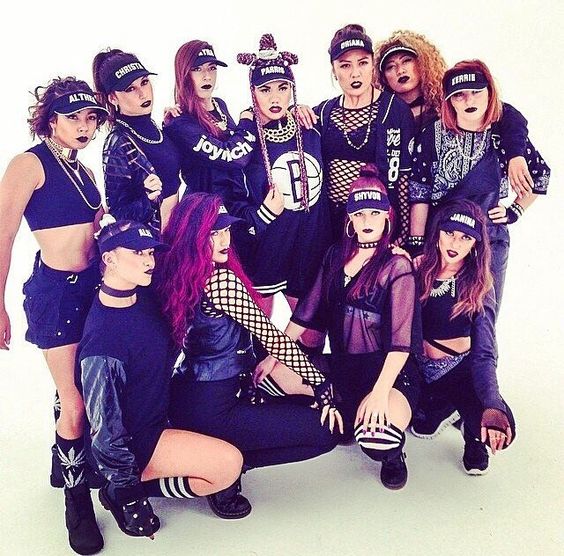 This initial win allowed for Goebel to branch out and meet important figures in the industry who would contribute to her successful professional career. The next year, ReQuest competed for the championship once again and secured their title in the Adult Crews division. The next year, the crew made their television debut as they auditioned for season 6 of America’s Best Dance Crew, making history as the second international dance crew to be showcased on an American show. Despite being eliminated after four weeks of the competition, the show allowed for the group to make a name for themselves as a unit as well as individually. 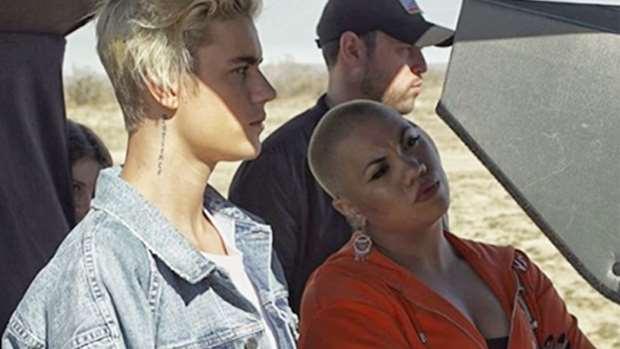 Straying away from the competition circuit, Goebel began focusing on her own style and perfecting choreography for herself and other professionals in the industry. Her work was widely appreciated by dancers and entertainers alike, and she quickly began working alongside big name artists like Ciara, Justin Bieber, Janet Jackson, and Jennifer Lopez. Some of her notable achievements include creating the choreography for Justin Bieber’s “Sorry” music video and collaborating with Jennifer Lopez to create the moves that were showcase in her 2012 world tour. Additionally, Goebel returned to television to work on Dancing With The Stars Australia, American Idol and America’s Best Dance Crew. Goebel took her creativity a step further on a new platform as she choreographed and played a part in the film Step Up: All In. 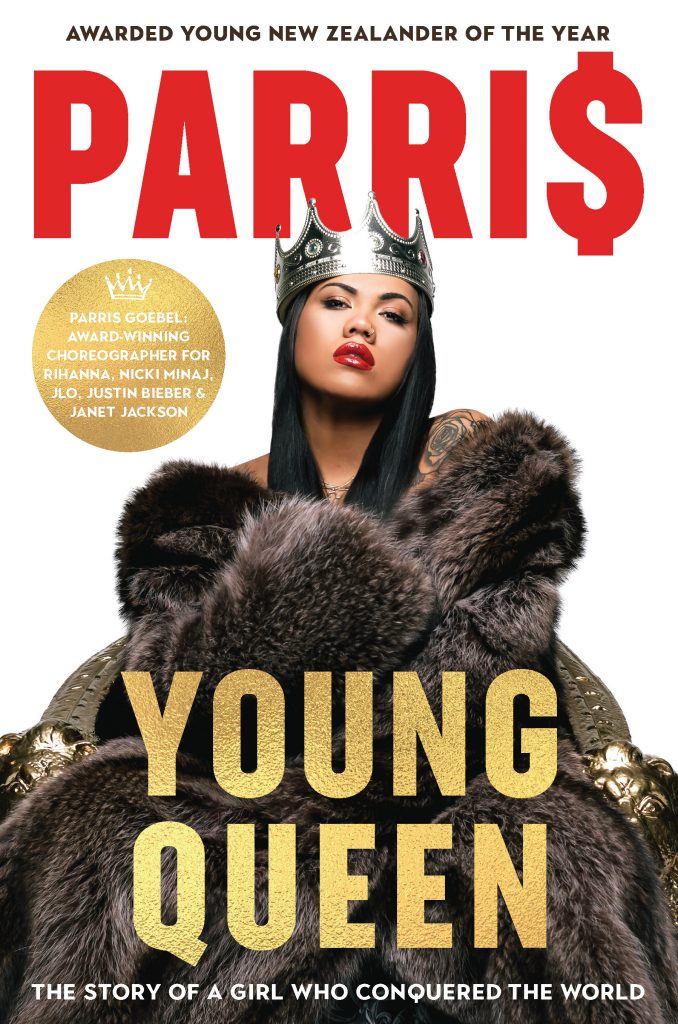 With her dedication to the dance community and initiative to always go above and beyond in the art, Goebel’s talent was recognized and awarded by the industry as she was named Female Choreographer of the Year at the World of Dance Awards in Los Angeles in 2014. In 2015, she was presented with the Top Variety Artist Award as well as winning the Young leader category of the New Zealand Women of Influence Awards. In 2016, she won Female Choreographer of the Year and Live Performance of the Year at the World Of Dance Awards. Continuing to expand on her impact in the dance industry and community, Goebel currently runs The Palace Dance Studio in Auckland where she encourages young dancers to take a chance on the art and find themselves in a creative environment. In 2018, she released an autobiography that details the ways in which she found herself through her style of dance and the impact her self-discovery has made on the world. As a young dancer, Goebel has reached many admirable milestones, and she is now determined to help other aspiring professionals reach new goals and soar to new heights as they continue to create art through dance.

"Opportunity dances with those already on the dance floor."- H. Jackson Brown, Jr. ...

What's better than one dancer? 3 dancers! Tag two dancers that you love to perform with. ...

The word “competition” can have some negative connotations, but believe it or not, competition has many benefits. Dance competitions have the potential to bring out the best in any dancer. If you think competition might not be right for you, read over these points before you make up your mind. Head to www.starquestdance.com/articles/ to read more. ...

Join Us For The 2021 StarQuest Experience. 🌟 Head to www.starquestdance.com/schedules/2021competitionschedule/ to see our full 2021 tour calendar. Also, don’t forget to check out our 2021 World Finals! ...

A new #SQOnStage week starts today and this time we are ready to celebrate #SQLovelyLyricalWeek ! Bringing all Lyrical magic to the stage this is "Wonder" performed by Scenic City Dance! ...

The word “competition” can have some negative

A new #SQOnStage week starts today and this time

Closing this amazing #SQTipTapToesWeek this is "Do

There's nothing like dancing on the beach with you

#SQTipTapToesWeek is bringing all the flavor to th

"A real ballerina must fill her space with her own