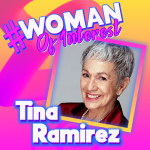 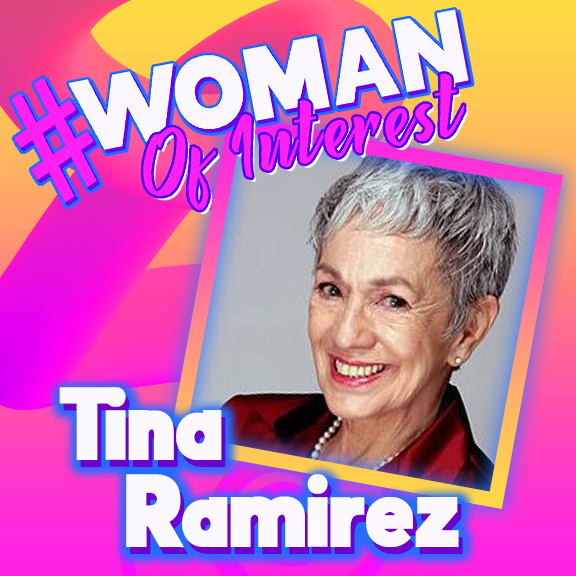 This week’s #WomanofInterest is a dancer and dance teacher for the ages. To put it simply, Tina Ramirez is not your average dance teacher. She left her own promising dance career to live for her students and pass down the traditions of Spanish dance. Tina had a specific goal when she started teaching: to spread her dance and culture to youth everywhere. She worked hard and that goal has been more than achieved.

Tina was born in Venezuela to a Mexican bullfighter father and a Puerto Rican mother. Her family worked in education. When she was seven, her mother decided it would be best for Tina and her two sisters, Coco and Katty, to immigrate to the United States and move in with their grandmother in New York City. From a young age, Tina had a strong longing to be on stage. New York City was the perfect place to follow her dreams and she began taking classes under renowned teacher Lola Bravo. She kept up with her classes until she was prepared to begin her professional career, performing with the Frederico Rey Dance Company and touring the world internationally with them. Following her time on tour, she spent two years in Spain, studying dance and performing with a traveling group. 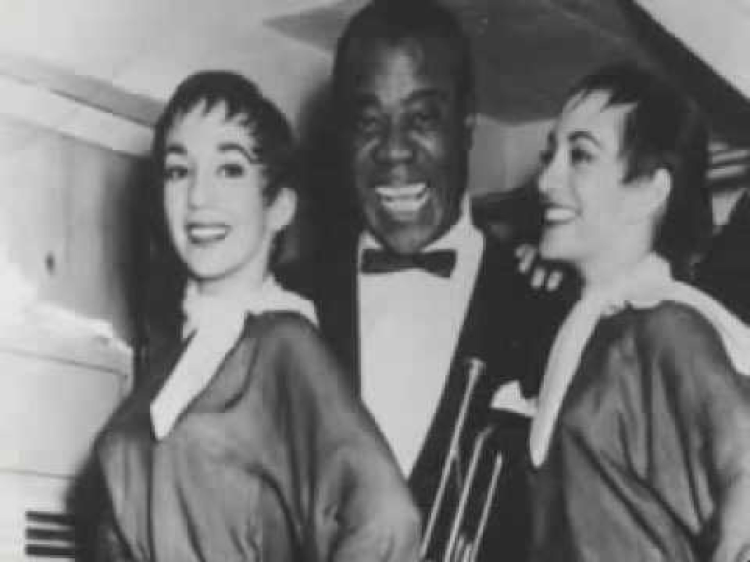 Back in New York, she started performing with her sister Coco in clubs, and on television and Broadway in Kismetand Lute Song. She also had the amazing opportunity to study under notable teachers such as Alexandra Danilova and Anna Sokolow. Tina’s dance career was on the rise, so it was a true example of her character when she abandoned her dance career to fulfill a promise she had made long ago. Her childhood teacher, Lola Bravo, retired in 1963 and Tina fulfilled her promise to become Lola’s successor at her studio.

Dedicating her life to young dancers, Tina conceived and directed Operation High Hopes, a professional dance training program for inner-city children, alongside her obligations as Lola’s successor.  She also established a group of her young students called the Tina Ramirez Dancers that would perform throughout the community. Encouraged by the skill of her pupils, Tina established the Ballet Hispanico in 1970.

At the time, Tina was also teaching at public school. Spending much of her time around children, she started to worry that many of her Hispanic kids didn’t have a close relationship to their ethnic identity and culture. She strongly believed that Spanish dance was a major way to instill some cultural lessons to her students. Her classes at Ballet Hispanico focused on Spanish dance, ballet, and contemporary dance. Ballet Hispanico also featured a company of thirteen professional dancers. Tina saw that there weren’t too many dance opportunities for Spanish-trained dancers out there, so she wanted to give more opportunities for them to perform professionally in that genre. In 1971, her new company performed at the first ever arts education programming at The Kennedy Center.

Today, Ballet Hispanico is still thriving. The school now has 625 students, still offering Spanish dance, but now with a greater range of techniques such as Afro-Cuban, Latin jazz, pointe, and flamenco. They also have many new outreach initiatives, including the Primero Pasos (First Steps) program, that has an over twenty year history of bringing Hispanic culture to public schools around New York. After spending forty years at Ballet Hispanico, Tina decided it was time for her to leave. However, she doesn’t refer to her leaving as retirement. “I’ve been in the theatre my whole life,” she says, “how can you retire?” Even at her current age, she still dances and practices Bikram yoga, giving her plenty of energy.

A Legacy To Remember

Her lifelong dedication has earned her numerous major awards, including Bessies, the Dance Magazine Award, a Mayor’s Award of Honor for Arts and Culture, and a National Medal of Arts, awarded in 2005 by President George W. Bush. Her passion for Spanish culture and dance has brought together people from all walks of life. Former Ballet Hispanico principle dancer, Jose Costas, claims she “has been a savior for a lot of Latino Dancers.” She has not only given many dancers the opportunity to work, but also given them a strong sense of home at Ballet Hispanico. Ballet Hispanico has performed to over two million people in three continents, and they’re still going strong! Tina and her legacy inspires us all to bring people together through dance and culture. She is a remarkable example of what the power of dance can achieve.

Join @conquestconference and be part of the Teachers, Choreographers, & Performers Round Table: "Finding Creativity, Artistry, & Inspiration In Studio & Competition Environments” 💻 Visit www.conquestdance.com for more information and registration! 🗓 Be part of the experience from wherever you are and join us on August 14-16, 2020! #ConQuestDance ...

Join Kerrin Michaels in the @conquestconference Workshop: "Parent Solutions: How to take the complaints of your clients and turn them into gold!" ✅ In this workshop, Kerrin will help you identify client problems that can be used to help your business grow faster. Learn techniques on listening to the problems (disguised as complaints), hearing the concerns (receiving negative feedback) and knowing which is worth your time, what is worth delegating, and which needs to receive immediate closure. Visit www.conquestdance.com for more information and registration! 🗓 💻 Be part of the experience from wherever you are and join us on August 14-16, 2020! #ConQuestDance ...

Happy Fourth Of July from all of us at #StarQuest to all of you, our amazing #dancefamily ! ...

Starting the weekend with some dance? Of curse! Th

There's nothing better than finding a duet partner

We know today is Friday but we are watching "Thurs

Ready for a showstopper?! What show are you watchi